On Thursday evening, the Gazans remotely exploded a terror tunnel filled with enough explosives to send an overhead IDF jeep flying meters into the air. Miraculously, no one was injured.

IDF Spokesperson Brig. Gen. Yoav (Poly) Mordechai stated that in recent weeks, a number of incidents have occurred in the southern Gaza Strip, including an attack using explosives against an IDF armored personnel carrier, an attack that injured a company commander, and another attack with explosives two days ago.

In addition, over the past two weeks, Palestinian terrorists have been exploding bombs along the Gaza border, one resulted in a Givati Captain Ziv Shilon losing his hand. On Thursday morning a tank was damaged in a mortar attack, and later in the day a construction working building the security fence was injured.

Subsequently, according to Mordechai, the new Gaza Division Commander decided to operate proactively to the west of the Gaza border fence.

An engineering force that operated at the site located a number of powerful explosive devices. With the end of this force’s activity, as it worked to repair the border fence, an explosion occurred in a terror tunnel. This was a very large explosion that exposed a tunnel roughly four meters deep and four meters wide. An empty IDF vehicle that was in the area was thrown into the air from the force of the explosion.

“It is possible that the incident was related to the discovery of explosives west of the [Gaza border] fence,” said the IDF Spokesperson. “We understand that this was a terror tunnel or a tunnel that was prepared for other things since there was a gap between the explosion and the neutralization. This was a very large tunnel, something which we haven’t experienced lately.”

According to Nana, one soldier was lightly injured, but did not need to be taken to the hospital.

Defense Minister Barak said, “Hamas is responsible and Israel will decide when and how to respond.”

According to Mordechai, this morning, IDF forces will continue searching in the area, and a situation assessment will be held, led by GOC Southern Command Maj. Gen. Tal Russo. 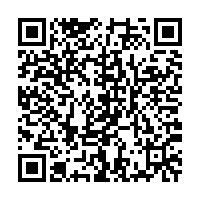