The IDF has prevented more than 10 terror attacks emanating from Egypt’s Sinai Peninsula, Director of Military Intelligence Maj.-Gen. Aviv Kochavi revealed in remarks before the Knesset’s Foreign Affairs and Defense Committee on Tuesday.

In a wide-ranging briefing on the Middle Eastern theater, Kochavi said that the election of the Muslim Brotherhood’s Mohamed Morsi as President of Egypt has brought political Islam to the forefront of politics in the Arab world, but predicted that the Egyptian military would continue to serve as a strong restraint. As a result, he doubted that Egypt would drift into Iran’s orbit.


On the Palestinian front, Kochavi said that the Muslim Brotherhood’s rise to power has inured to Hamas’ benefit and the Palestinian Authority’s detriment: “Hamas gained an opening, and a wall grew for the PA.”

Kochavi also reported that the IDF is currently tracking potential terror cells in Sinai, and that the chaos that reigns in the area is likely to continue. In response to recent terror attacks originating from the Sinai – including an attack in August 2011 near Eilat that left eight Israelis dead – Israel has sped up the construction of the Israel-Egypt border fence.

Turning to Syria, the Intelligence Chief said that it is highly unlikely that embattled regime of Syrian President Bashar Assad would survive what is now being called a civil war. “It may take more time, I can’t give you an exact number, but it will happen.” Although it could take anywhere between two months and two years, he insisted that it was only a matter of time before the regime falls.

Kochavi went into detail about the extent of the Syrian government’s brutality, displaying satellite imagery of Syrian forces firing indiscriminately into populated urban areas. He said the fighting is only intensifying, and estimated between 500 to 700 Syrians were being killed every week.

Most disconcerting for Kochavi was the possibility that security issues on the Syrian side of the Golan Heights region could parallel those in the Sinai – whereby the Islamic Jihad and even al Qaeda will fill a chaotic power vacuum in the area, and use it as a launching pad for terrorist attacks against Israel. Kochavi was noticeably less concerned about the possibility that Assad would try to initiate a conflict with Israel in an effort to divert attention from the domestic upheaval. He revealed that Assad has shifted many of his forces from the Golan to Damascus.

Nevertheless, he warned, Israel must remain vigilant and prepared, as Iran and Hezbollah are already preparing contingency plans for the day after Assad’s demise. “The smuggling of rockets from Iran to Lebanon continues…In Lebanon today, there are between 70,000 and 80,000 rockets that could hit Israel,” Kochavi said. 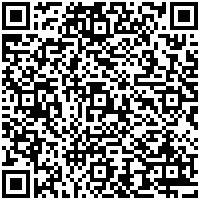