Israel Air Force commander Maj. Gen. Amikam Norkin decided to ground the entire fleet of heavy-lift transport helicopters Sikorsky CH-53 Yas’ur, following the crash of a Yas’ur Tuesday night at Beit Kama junction in the south. A team of investigators has been set up to examine the circumstances of the incident, Reshet Bet radio reported.


The military helicopter caught fire and crashed to the ground in no time, but the 11 crew and passengers onboard were not harmed.

An initial investigation into the cause of the crash pointed to engine malfunction.

A senior Air Force official said it was a training flight for a Yas’ur squadron crew along with a team from Unit 5101, more commonly known as Shaldag, an elite IAF special forces unit.

The official also said the crash resulted from a serious engine fire, and the field investigation team is still trying to locate the helicopter’s black box.

He also noted that the helicopter crew’s handling of the incident very likely saved the lives of the crew and passengers.

The crew and the fighters got out safely after the emergency landing, and then the fire spread from the engine to the helicopter’s body.

It was reported that the engine fire warning light came on when the helicopter was 170 meters in the air. the crew also heard noise from outside the hull. They quickly concluded the engine was on fire and within a minute performed an emergency landing.

In early August 2018, Major (Res.) Dudi Zohar, 43, from Haifa, was killed and an Air Force lieutenant was seriously injured in an Apache helicopter crash in the south of the country, at the Ramon Air Force Base. The crash happened during a training mission, as part of the process of rehabilitating the Air Force’s Apache helicopters. That accident’s investigation revealed it was caused by a problem with the installation of the steering rod, which carried out in Israel. The report stated it was necessary to update the steering installation instructions for the Apache teams. 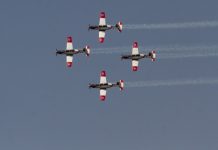 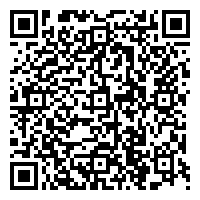