The Phoenix squadron will be the first to operate the “Spark,” a new and advanced aircraft, as part of the “Storm Clouds” array that will be established in the IDF. The exact nature of these systems is classified.


The “Storm Clouds” array, with the “Spark” at its center, is “expected to provide capabilities to the air and ground forces, in order to produce information fusion, quick closing of circuits and operational effectiveness,” the IDF stated Tuesday. “This is a new and groundbreaking capability that will change the face of the battlefield and be the opening gate to the fifth generation of the drone world”.

The IDF noted that the establishment of the “Phoenix” squadron is an implementation of the Chief of Staff’s decision to increase the IDF’s remote manned aircraft fleet in general, and for ground maneuvers in particular.

“The squadron is part of the strengthening of the IDF’s equipping with advanced capabilities to expose the enemy,” the military said.

During a launching ceremony on Monday, IDF Chief of Staff Lt. Col. Aviv Kochavi said the new squadron is “more innovative in all its forms of operation, as a squadron has never been established in the Air Force for multi-armed needs. The squadron embodies innovative concepts that will break through everything we knew in the past and take us into the future.”

“We need a squadron because the reality on the ground is changing, the enemy is in the urban space and is more difficult to locate,” he explained.

In December 2019, the Israeli Rafael Advanced Defense Systems, an Israeli defense technology company, won a classified tender from the Ministry of Defense worth billions of shekels for the supply of intelligence systems to the IDF. The contract includes the development and supply of intelligence collection systems, means of control, and more, which are to be used by the air force, the intelligence division, and the ground units. 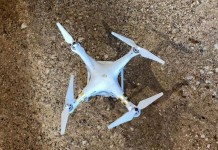 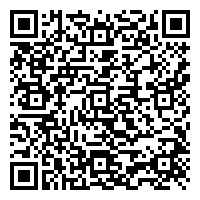