According to the U.N. Trade and Development Commission, some 95 percent of Gaza’s groundwater supply is found to be unfit for consumption. The Gaza Strip suffers from a water shortage in general and a drinking water shortage in particular.

The Watergen Company and the Arava Institute for Environmental Studies delivered its first generator, which produces clean drinking water from the atmosphere, to the Municipality of Abasan Al-Kabira in Gaza in December 2019. It was inaugurated in February of this year. The second generator was installed at the Rantisi Medical Center in Gaza City two months ago.

The third generator was delivered on Sunday.

The unit donated through this collaborative philanthropic effort is the largest Watergen generator to date. It’s able to produce 5,000 liters of water a day for the Nasser Medical Center in Khan Younis, Gaza’s second-largest hospital, which currently purchases its drinking water from vendors in tankers at a prohibitively high cost.

David Lehrer, executive director of the Arava Institute, says that “water security is the first step towards addressing the environmental and natural resource challenges that lead to destabilization in the region.”

An atmospheric water generator (AGW) captures the humidity in the atmosphere and transforms it into potable water. Due to problems with electricity in Gaza, this Watergen unit will feature a solar-panel system, as did the ones donated previously, so that the generator can be operated during power outages.

Recent water tests produced by the first pilot show that the quality of the drinking water is the best seen in the Gaza Strip in years.

Watergen and the Arava Institute are in contact with international funding agencies and have proposed a plan for providing hundreds of AWGs to Gaza to produce hundreds of thousands of liters of high-quality potable water a day to help relieve the scarcity of clean water.

The project is part of the Track II Environmental Forum funded by the European Union.

The new water generator has been funded by Jeffrey Abramson and his foundations; the Humanitarian Aid Committee of Neve Shalom-Wahat al-Salam and Friends Associations; and Richard and Nancy Moskowitz.

Dr. Michael Mirilashvili, president and owner of Watergen, says that as the Torah teaches: “We must be kind to our neighbors, even helping them before we help others around the world.” 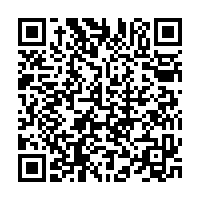