Israeli security forces confirmed on Monday that they neutralized an explosive attached to balloons in an agricultural area near the border with the Gaza Strip.

Discovered in the Eshkol Region, the explosive was destroyed before it caused any damage, reported i24 news.


This comes a little more than a month after a balloon attack from Gaza on the fields of Kibbutz Nir Oz, where local volunteer and professional firefighters rushed to put out at least four spot fires in the Eshkol Region.

While the world’s attention has been focused on the coronavirus pandemic and protests against racism, terror groups in Gaza have continued to send incendiary devices into Israel.

Sending balloons across the border with the Jewish state was also attempted by an Iranian-backed Iraqi militia, which announced in June on its website that it had launched balloons with photos of high-ranking “martyrs,” according to a report shared exclusively with JNS by the Middle East Media Research Institute’s Jihad and Terrorism Threat Monitor.

According to the MEMRI JTTM report, the Al-Nujaba Movement’s office for international relations issued a statement on June 6 explaining the balloon launch. 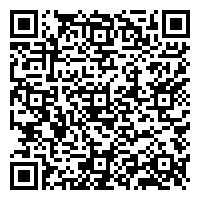