Israeli exports increased by almost 70% in the past decade, the exports to China grew five-fold, and 2019 will break another record in Israeli export which is expected to reach $114 billion, an increase of 4.5% compared to the previous year’s figures, according to a report by Israel’s Foreign Trade Administration (FTA).

Exports showed an average annual growth of 5.3%, but the most impressive figure is the huge leap in the export of services from Israel, which constitutes a significant part of Israeli high-tech exports. Israeli services exports grew by 160% over the past decade, from $21.5 billion in 2009 to almost $56 billion in 2019.

On an annual level, the average increased by more than 10% a year, each year. In the past year alone, services exports grew by 11.7%.

Looking at the map of the world, export destinations have also changed significantly in recent years. In 2009, only 18% of exports were directed to Asian countries, but by 2019 exports to Asian countries accounted for 22% of total exports.

Significant growth was also recorded in the Latin American sector, whose exports grew by over 40%, an increase of about $584 million in the past decade, and is now a target of about 5% of Israel’s total exports.

Some of the markets to which exports grew significantly are China, Turkey, Brazil, Chile, Taiwan, and Japan.

In addition, the network of economic attaches operated by the Foreign Trade Administration in approximately 45 trading capitals around the world has changed greatly in its deployment worldwide, in line with global trade and export diversification, with the opening of many new offices in emerging markets.

Over the past decade, the connections made by the diplomats have created some 1,250 success stories that have yielded $4.3 billion in deals for Israeli companies.

Furthermore, in the past decade, seven free trade agreements have been signed or upgraded with countries such as South Korea, Ukraine, Panama, Colombia and Canada. This doubles the seven agreements that were in force in 2009.

In addition, the Administration is currently negotiating with a variety of other significant markets such as China, Vietnam, Russia, Belarus, Kazakhstan, Kyrgyzstan, Armenia and Guatemala.

Eli Cohen, Israeli Minister of Economy and Industry stated that “export data for the past decade is proof of the good economic situation of Israel’s economy.”

“Israel’s exports are of major importance to its economy and are a key source of stable employment and economic and social prosperity,” he added.

Ohad Cohen, Director of the FTA, said that the data shows a leap in Israeli exports in the past decade, a leap that made a significant contribution to strengthening the Israeli economy and strengthening Israeli industry and business.”

“We will continue in the next decade to promote Israeli exports, promote foreign investment, and help Israeli exporters and the Israeli economy to reach new peaks,” he said. 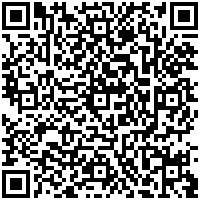