Overnight, Israeli Border police manning a checkpoint near Shuafat in Jerusalem inspected a vehicle, only to discover that the Arab passengers were transporting rifles hidden in their car, according to an 0404 report.

The three men, in their 20s, are residents of Shuafat, on the outskirts of north-eastern Jerusalem.


Upon reaching the police checkpoint, they tried to convince the police to hurry up and quickly let them through, which raised the suspicions of the policemen, who decided to examine the contents of the vehicle more thoroughly.

Inside a bag the police found an M-16, a homemade Carlo submachine gun and a magazine.

The police said that sometimes these weapons they find at the checkpoints are for terror attacks, and sometimes the they are used within the Arab communities for criminal activity against other Arab citizens.

In addition, Israeli security forces in Judea and Samaria arrested 10 men suspected of involvement in terrorism and found thousands of shekels in Kfar Izariyah that was designated for terror activities. 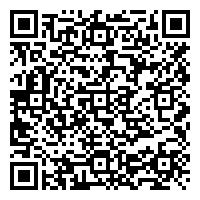