The High Monitoring Committee of Israel’s Arabs has announced a day of strikes on Tuesday, apparently in solidarity with the Muslim riots around the country and Hamas in the Gaza Strip.

The Committee announced the general strike to signal “identification with the Al-Aqsa Mosque and residents of Sheikh Jarrah” and against “the violent behavior of settlers in the mixed cities,” similar to objectives announced by Hamas and Muslim rioters across Israel.

The Committee called for the “end of the massacre in the Gaza Strip and aggression against Jerusalem, Al-Aqsa Mosque and Sheikh Jarrah, withdrawal of settler gangs and repressive forces from our cities and villages and solidarity with hundreds of detainees” arrested during the riots.

The strike includes businesses, schools and the public sector.

Arab activists stood at the entrances to the towns and asked the residents not to go out to their workplaces.

Hospitals reported that doctors and nurses did not arrive for their shifts, as well as bus drivers and municipal workers.

The Palestinian Authority declared a similar “Day of Rage” and strikes.

The Betsalmo human rights organization has called on Israeli companies to fire Arabs who failed to show up to work in solidarity with the Muslim violence against Israelis, as the strike “is in support of murderers and synagogue burners.”

“Just as no one wants to work in a company with a sexual harasser so does no one [want to work] with a supporter of terrorism and incitement,” Betsalam said. “The strike declaration means support for terrorism.”

In the meantime, Muslims continued to riot on Monday night in cities across Israel.

In Umm al-Fahm, dozens of masked Muslims rioted and set fire to tires on the road leading to the police station.

In the Abu Tor neighborhood in Jerusalem, terrorists threw a pipe bomb at the balcony of a house. No one was hurt. 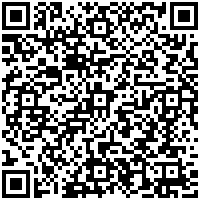