Ofra Ankari, known as the recycling Artist from Hod HaSharon, on Friday reported on her Facebook page a reconciliation rally she had attended with many Jewish and Arab residents of the Sharon valley at the Jaljulya Junction of routes 531 and 444, some 7 miles southeast of Ra’anana, a rally that almost ended in serious injury from a ramming Arab motorist.

A rally of support by Arabs and Jews who refuse to be enemies, in Jaljulia (in a square outside the village near the gas station). I, Hen, and Netta got there joyously. There was a fairly large crowd, flowerpots and water were distributed, the head of the council spoke through a megaphone. Many smiles and the good kind of happiness that has a lot of hope in it.

A few minutes after I arrived, I was looking for my daughter’s homeroom teacher, who is a resident of the village. It turned out she was standing on the other side of the road. We walked towards each other with our hands outstretched for a hug, right on a small traffic island that divides the roads.

In a split second, a large pickup truck emerged, speeding toward us, which she (the teacher) could not see at all. With my very quick instinct, I pulled her tight to me and off the little traffic island.

A terrible catastrophe could have happened, meaning a deadly ramming that fortunately passed by peacefully.

There was a police car at the scene (I think the Border Guard) the chased the driver, along with locals who also followed him. In the evening, when I talked to my daughter’s teacher, I understood he was a resident of the village. He may have tried to run us over, he may have lost control. I don’t know how this matter was handled.

What’s important to learn from this case is that one must not succumb to a handful of opponents (of peaceful coexistence) and one must not give up. I am constantly realizing more and more, love attracts love, hate attracts hate. I keep reminding myself and trying to feed the white wolf.

May we continue to live in coexistence and peace.


The white wolf she referred to is from an ancient Native American parable tells of a father and son who were sitting one night in front of a fire. The father looks into the raging flames and told his son the tale of the two wolves.

“We are all born with two wolves inside us,” he said. “A black wolf and white wolf. The black wolf carries within it fear, victimhood, pain, anguish, ego, jealousy, and judgment. The white wolf is full of love, power, growth, acceptance, and compassion.”

“The two wolves live within us our whole life, fighting each other in a constant war,” the father concluded.

The son who had just found out about the battle of the wolves living inside him, asked apprehensively, “And which wolf wins?”

“The wolf that wins,” replied his father, “is the wolf you will feed.”

Of course, the wolf you feed might kill you too. 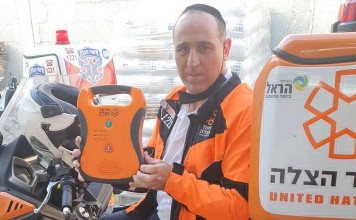