Many of the Jewish citizens in cities such as Lod, Ramla, Yafo (Jaffa) and Acre (Acco), no longer trust their Arab neighbors, nor feel they can rely on the police to protect them. During Operation Guardians of the Walls, thousands of Arab citizens living in those cities attacked, injured and even murdered their Jewish neighbors. Synagogues were torched, Jewish homes were attacked, cars were burned, while in many cases police refused to enter the areas of the pogroms for reasons that have yet to be properly explained.

Yigal Yehoshua (56) was murdered by Arab stone throwers in the Lod pogrom, Destao Bisset (74) was killed in a hit and run in Ramla by a 16-year-old Arab on an electric bicycle, with no previous police record, and Avi Har-Even (84) was murdered in the Acre arson attack at the Efendi hotel. An Arab citizen was killed by Jews he was allegedly attacking during the pogroms, who then shot him in self-defense.


According to a research by attorney Aharon Garber of the Kohelet Forum, the vast majority of the thousands of Arab rioters did not have prior police records and were for the most part seemingly normative citizens, including health-care workers in hospitals, academic college students, outstanding high school students and relatives of local Arab public figures, as per a report by Yair Krauss in Makor Rishon.

Adding fuel to the fire, it’s estimated that 90% of the charges brought against the Arab rioters who were arrested have been closed in plea bargains.

In response, since the beginning of the Arab pogroms, there have been 10,580 new gun license applications, a 500% increase from the average number of new applications for the same period before the pogroms, according to a report by Shila Fried in Makor Rishon.

Jewish citizens interviewed in the Makor Rishon article discussed the failure of the police to protect them during the pogroms, recognizing that if they won’t take steps to protect themselves, no one else can be relied on to protect them.

Yet, despite the abject failure of the government to protect its Jewish citizens, Minister of Public Security Omer Bar-Lev (Labor) wants to make obtaining a gun license more difficult and make the criteria more restrictive. Leftwing organizations that petitioned Bar-Lev expressed their satisfaction with his recent decision to review current regulations and criteria and bring them to the Knesset’s Interior and Environmental Protection Committee, claiming that his predecessor did not have the legal right to change and expand the criteria.

In one of the many previous government, Amir Ohana (Likud) and Gilad Edan (Likud) expanded the eligibility criteria list to include an additional half-million citizens, primarily ex-combat soldiers. Ohana’s explanation was that the more guns there are in the hands of properly trained citizens, the greater the chance to thwart terror attacks, a claim that’s been proven over and over again to be true.

While many people believe Israel is awash in guns, out of 8 million Israelis, only approximately 140,000 Israelis have licenses to carry a single personal weapon, that is in addition to soldiers and those who work in the security industry. 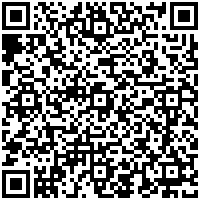