Deputy Minister Segalovitz said: “This is a state of emergency, and we will take emergency measures. The battle against crime in Arab society is a key objective of this Government. The state has many agencies, and all the agencies have to focus in order to restore law and order, calm and personal security to the Arab residents of the State of Israel.

“We need a partnership here and backing from public representatives and from the public itself; it is everyone’s battle and we have no choice but to win it,” Deputy Minister Segalovitz said.

Ministry of Public Security Director-General Tomer Lotan said: “Forty-two percent of inmates are from Arab society. Over half the women who are murdered are Arabs. Forty-one percent of Arab young people are defined as ‘idle.’ The number of murders there is three times as high as in Jewish society. A total of 61.5% of extortion cases are within Arab society, and 94.9% of shooting incidents in residential areas are shootings in Arab localities or neighborhoods.

“For this reason, the Ministry has decided to target the factors generating crime and violence in Arab society, which are organized crime and crime families, widespread distribution of illegal weapons, nationalist crime, mixed cities, violence against women, and aggressive driving. There are additional deep-seated factors, including idle young adults, social media, lack of trust, and social disparities.

MK Ahmad Tibi (Joint Arab List): “The police are not making an important decision. Two billion shekels are not enough, because organized crime groups have more. A decision by the state is needed. We need preliminary treatment to prevent the final outcome in which a ‘soldier’ in an organized crime group shoots a civilian. The responsibility is heavy and the challenge is great.”

MK Ghaida Rinawie Zoabi (Meretz): “I met with Major General Hakroosh three years ago and he presented good plans, but what came of it? Nothing materialized. The most important thing to understand is that the source of all the troubles is credit. Most Arab citizens don’t have credit. The banks won’t extend loans or credit to them. Among mortgage recipients, only 2% are Arabs. What is loan sharking? Forty percent of Arab adults don’t have a bank account. A person wants to build a house, buy an apartment, open a business or send a child to university and doesn’t have the wherewithal, and then the media ask why there is so much loan sharking in Arab society. People are pushed into a corner.”

MK Aida Touma-Sliman (Joint Arab List): “The time has come to deal with a painful issue that we have been talking about for many years. At least today, my sensitive ear heard that part of what we have been shouting over the years and bleeding has made its way into the plan. Someone has started to listen and understand that we will not bleed alone, and that crime and violence spill over into the general population. The police are a tool to serve the citizens, and not another tool to control and oppress society. If this change is not made, no trust will be established between [the police] and the Arab public, and all the fine plans won’t do any good.”

Committee Chair MK Ben Ari summed up: “The committee’s role is to make sure that the plan presented today moves forward. In October the committee will mainly deal with the budget, but our first meeting afterward will be to oversee this plan. We will verify that every item of the plan is launched, and see how it is implemented. I don’t expect us to solve everything within two years, but I do expect us to start taking operative steps. In the next meeting, I want to hear all the Government ministries, so that they can say which measures each ministry is taking to lead this plan.

“Every citizen has to be given a sense of security, regardless of where they live. A young man in Lod, an outstanding student, shouldn’t end his life this way. A Jew in Akko should feel safe in the Old City. We will monitor and make sure that every citizen feels safe.” 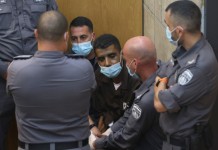 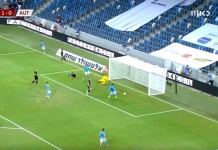 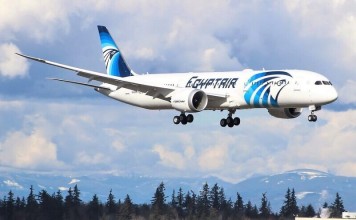