The 25th General Conference of the Southern Branch of the Islamic Movement elected on Saturday Sawafat Faraj to serve as its leader. Faraj will replace Sheikh Hamad Abu Daabsh, who is ending his 12-year term as head of the movement.

Faraj will be the fourth leader of the southern branch since its split from the northern branch after winning 293 votes while his rival Muhammad Salameh received only 215 votes.


514 of the 610 eligible voters exercised their right and six votes were disqualified.

Along with the election of Faraj, Walid Hawashala, who is very close to Mansur Abbas and is from the Negev, was elected to head the movement’s general committee and replace Razi Issa, whose name was recently mentioned as someone who met with senior Hamas figures in Gaza as chair of the Aid 48 Association.

Hawashala defeated Yousef Fadilla after receiving 363 votes against 142 votes for his opponent.

The election process began after the general conference was first elected and then, on the recommendation of the Shura Council, the eligible voters agreed that Faraj and Salameh would be the candidates to lead the movement.

Sources in the movement told TPS that the election of Faraj and Hawashala greatly strengthens the positions and status of Mansour Abbas as head of the Ra’am partyand and heralds the beginning of the era of the younger generation in the Islamic movement. The two, who have been active in the party apparatus for several years, expressed support for Abbas and support for integration into the decision-making center in Israel. Faraj has been a full partner in the movement’s negotiations in recent years, including those with the other parties in the Knesset.

“A sigh of relief can be heard from Abbas and he is certainly pleased now, because no one will question his positions vis-à-vis the Israeli government and the coalition,” said one of the movement’s sources, an associate of Faraj. The victory of Hawashala also bodes well for Abbas also due to the fact that he is a resident of the Negev.

At the end of the selection process, Mansour Abbas wrote that “the Islamic Movement is today writing a new cultural chapter towards building a mature Arab society that addresses the values ​​of justice, mercy, and tolerance, and seeks acquaintance through dialogue and respect for others through cooperation, interdependence, and solidarity. The election of the head of the Islamic Movement, the Shura Council and other leadership bodies is not a technical electoral act, but an expression of organizational culture and a democratic approach, based on the principles of Islamic Sharia.”

Faraj was the vice president of the Islamic Movement and the head of its general administration and is a member of the Shura Council. He previously served as chairman of the Al-Aqsa Association for the Supervision of the Dedications and Mosques and founded the Sheikh Abdullah Nimer Darwish Scholarship Fund.

As part of his membership in the movement, Farage participated in delegations that went to Morocco, Malaysia, Egypt and Turkey. 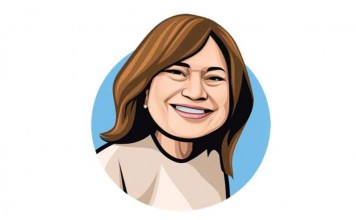