A terrorist drove his car into a Border Policeman near the Acco (Acre) shuk (market) and Yehoshofat street, on Sunday morning.

The driver then continued on and hit two soldiers near the Acco train station, according to police. A fourth person, age 51, was also wounded in the leg.


The Israeli-Arab driver was shot by a bystander and neutralized. He is in serious to critical condition.

The four wounded and the terrorist have been taken to Nahariya hospital.

Shai Markovitz a first response volunteer EMT who was among the first at the scene said: “When I arrived at the scene, together with other first response volunteers from United Hatzalah who live near where the incident occurred, I found a driver who was critically injured after having suffered multiple gunshots wounds. In addition, there were two pedestrians who were lightly and moderately injured after having been hit by a private vehicle. Police and security forces were controlling the area in force and were investigating the incident.”

Police have confirmed that this was a terrorist attack, and the driver deliberately was targeting people in uniform. The police said the terrorist is not a resident of Acco, but did not say where he is from.

Videos from the scene: 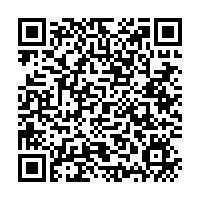