(JNi.media) An Israeli soldier who was detained in Armenia over the past two months was released early Thursday morning and is on his way back home, Ma’ariv reported.

Arik Martoian, 18, was born in Armenia, made aliyah to Israel at age 5, and has since been an Israeli in every respect, including his military service in the Israeli Air Force, at the Sde Dov Airport in north Tel Aviv. He says he even gave up his Armenian citizenship, along with the rest of his family, because it was clear to all of them that they were in Israel to stay. But last August, Martoian used his vacation from the Air Force to take a two-week trip to the old country, and when he came to the airport to board his flight back, he discovered to his shock that his exit was blocked and he was still considered an Armenian citizen, which also meant he was obligated to enlist in the Armenian Army.


Arik’s friends launched a protest campaign on Facebook, to gain public attention. “The army does not care about its soldier, but we will not give up,” one friend told Channel 2 News. “It’s a shame for the IDF to abandon a soldier like this, exposed to harm, simply a shame.” Arik’s friends were going to rally in the streets if there were no reaction to their Facebook campaign. But then Attorney Eyal Platek, from Haifa, who is also an IDF Colonel (Res.), took it upon himself to rescue Arik, after the Army and foreign ministry had made it clear that diplomatic efforts to release him have failed.

Arik’s friends told Channel 2 News harsh things about the conduct of the Army, which in effect is responsible for the young man’s well being, since he is an enlisted Israeli soldier. They also condemned the foreign service. “He called the consul and doesn’t get a call back, talks to the Army and nothing happens,” they said. “Why do you only get help in this country if you’re a hostage?” they asked with unconcealed fury.

“I am a prisoner here, I can’t wrap my brain around this absurdity,” Arik told Ma’ariv after the story had been exposed. As late as one week ago, he was fearing for his life, because his story was making headlines in Armenia, and he could become the target of countless anti-Zionist groups identifying with Iran or ISIS.

Attorney Platek would not reveal the details of the rescue operation he conducted from a war room in Israel. He only agreed to reveal that MK Oren Hazan, who has been reviled by the left in Israel in recent months for his colorful career prior to being elected a Likud MK, was extremely helpful, and blasted the prime minister’s office and other government agencies with requests for help. In the end, though, Platek says the bureaucracy let him understand that if he didn’t do it himself, Arik would not be rescued. 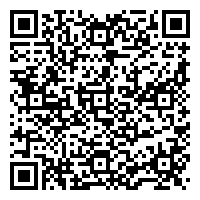