(JNi.media) According to an official statement received by all licensees of the Israeli of Civil Aviation Authority, on Thursday, September 24, from 5:00 PM to 2:00 AM the next day, no aircraft will be allowed to fly over the Yaarot Hacarmel (Carmel Forests) hotel area—where the chupah ceremony of Bar Refaeli and her businessman boyfriend Adi Ezra will be held and then some. The luxury hotel is ensconced in a thick forest, hence its name.

A police official approached by Israel’s Channel 2 News was not aware of the aviation ruling. “I can not believe someone has issued such a directive,” he said. “We have not been updated on this by the Civil Aviation Authority or by representatives of Bar’s production company.”


Another police source told Channel 2: “With all due respect to Bar Refaeli, what would happen if we’ll need, for example, to conduct an air chase after suspects in the area, you think we’d seek approval from anyone? I have never encountered anything like this in all my work in the police. I can’t believe such a thing would have been approved for an ordinary civilian.”

However, police sources did confirm that the wedding’s production company has asked to hire a limited number of police officers to assist in directing traffic to the event.

According to Channel 2, no fewer than two helicopters and six unmanned drones will patrol over the event, to actively challenge any media chopper that may attempt to snap the ceremony.

According to the Ministry of Transport, which is in charge of the Civil Aviation Authority, these safety guidelines are issued whenever there are unmanned aircraft flights over a specific area. The ministry’s apokesperson said the guidelines were published in accordance with the rules of the Civil Aviation Authority as prescribed by law. That is the law of the State of Israel, not of Bar Refaeli.

Refaeli’s previous most high-profile relationship was with Leonardo DiCaprio, whom she split from for good back in 2011.

There were no specific references in the Civil Aviation announcement regarding a DiCaprio flying over the chupah. 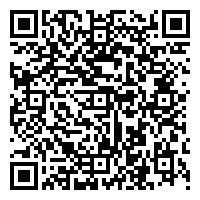