Israel’s National Security Council is warning its citizens against travel to Turkey due to the threat of terror attacks by Iranian elements.

Thousands of Israelis have set out to spend a holiday vacation recently in Turkey, which once was a favored destination for Israeli tourists.


But for several weeks, especially since Iran accused Israel in the death of a high-ranking Islamic Revolutionary Guards Corps Quds Force officer last week, there has been increasing concern in the security establishment regarding Iranian efforts to attack Israeli targets around the world.

Specific information was leaked by a US government source to The New York Times claiming Israel was behind the assassination, and the newspaper published the accusation.

As a result, the National Security Council and the security establishment underscore the travel warning to Turkey and reiterate that it is a country that currently has a high level of risk for Israelis.

According to the security establishment, the warning stems from a tangible threat to Israelis in Turkey. There is also a higher threat level in additional countries bordering Iran. Therefore, Israeli citizens are being told to be alert and take care to show all due caution regarding travel to any of these countries.

Turkey’s President Recep Tayyip Erdogan has strong ties to the Iranian mullahs, and Iranians typically travel to Turkey to visit friends and family, and to spend their holiday vacations.

Israeli citizens are thus being urged to avoid travel to Turkey that is not essential, and as a rule to take “strict precautions” if they are required to be there.

Specifically, the NSC urged Israelis to:

The sharpening of a travel warning is an unusual move by the National Security Headquarters. Officials in the defense establishment reiterated that the warnings are being issued in light of a concrete threat to Israelis in the Turkish arena. 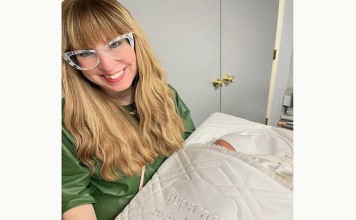