IDF special forces are training in Cyprus to fight Hezbollah, the IDF said.

The troops sent to the Mediterranean island nation included both active duty and reserve soldiers from the 98th Paratroopers Division, special forces from the Elite Shayetet 13 Navy Unit, and Air Force units as well.


The week-long joint military drill with Cypriot forces, which continues through June 3, comes in the final week of the month-long IDF “Chariots of Fire” military exercise.

Last year, the Chariots of Fire exercise was suddenly canceled when the IDF was deployed to respond to missile attacks by Gaza’s ruling Hamas terrorist organization, which is also generously supported by Iran. The attacks proved to be the start of an 11-day mini-war later named as Operation Guardian of the Walls.

This year’s Chariot of Fire exercise is aimed at “improving the readiness of troops and their competence in operational missions deep in enemy territory,” during a multi-front war, the IDF said.

Scenarios are being played out in urban and rural areas, and mountainous terrain similar to that of Lebanon.

The exercise will simulate war against Iran’s Lebanese proxy terror group, Hezbollah, and is to include simulation of air strikes on Iranian nuclear facilities as well. 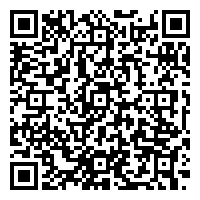