A clay amulet with a blessing in Arabic dating to the Abbasid period (9th-10th centuries CE) was discovered in the Givati Parking Lot in the City of David in the Jerusalem Walls National Park, in an archaeological excavation conducted by the Israel Antiquities Authority and Tel Aviv University.

The piece of clay on which the Arabic inscription appeared was recently uncovered in the archaeological excavation led by the Israel Antiquities Authority and Tel Aviv University. The tiny object, just one centimeter in size, that was discovered in the excavation sponsored by the City of David Foundation, features a two-line inscription in Arabic. The inscription, deciphered by Dr. Nitzan Amitai-Preiss of the Rothberg International School at Hebrew University, bears a blessing or personal prayer:

The wording of the first line is familiar from seals made of semi precious stones, as well as from roadside inscriptions (graffiti) along the pilgrims’ route to Mecca (Darb al-Haj) from the 8th-10th centuries CE. The lower portion of the letters in the second line are faded, and its interpretation is based on similar wordings that appear on personal seals and in several verses from the Koran.

According to the directors of the excavation, Prof. Yuval Gadot of Tel Aviv University and Dr. Yiftah Shalev of the Israel Antiquities Authority, “the size of the object, its shape, and the text on it indicate that it was apparently used as an amulet for blessing and protection.”

The tiny object was discovered in a small room, sealed between plaster flooring. Pottery shards uncovered at the site, including a complete lamp, also date back to the Abbasid period.

“Unfortunately,” the researchers pointed out, “the poor preservation of the architecture makes the purpose of the structure difficult to determine. It is interesting to note that several installations indicate cooking activities that occurred here. Modest structures from the same period were found in prior excavations at the same site, including residential homes interspersed with stores and workshops. It is reasonable to assume that this structure was used as part of that same industrial zone.”

The tiny amulet constitutes direct testimony of the everyday life in Jerusalem during the early Islamic period. At this time, it is unclear whether it was intentionally placed underneath the flooring during construction or whether the tiny object was carried by a man named Kareem and lost. It seems that it was an amulet whose inscription – praising God, was supposed to bring blessing to its bearer.

According to the researchers, “Because this amulet does not have a hole to thread it on a string, we can assume that it was set in a piece of jewelry or placed in some sort of container.”

Dr. Nitzan Amitai-Preiss, who read the inscription, noted that stamps made of semi precious stones that bear similar inscriptions are a common find from the Abbasid period, but this type of clay object, especially one so tiny, is a relatively rare archaeological find. 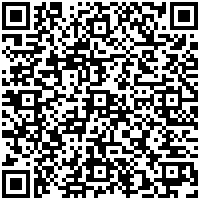