During his most recent visit, last month, Sabah’s area of responsibility was expanded and he was appointed Head of Hamas Jerusalem, in charge of promoting Hamas activity in Jerusalem. As part of his role, he was asked to establish and lead a military and organizational infrastructure in Jerusalem and especially to prepare violent eruptions during the month of Ramadan this April.

According to the indictment, during his visits to Turkey over the years, Sabah met with senior Hamas terrorists at the Hamas headquarters in Turkey, among them Zechariah Najib, who was convicted of involvement in the abduction of the late Nachshon Waxman, and three other Hamas terrorists who were convicted of the abduction and murder of the late police officer Nissim Toledano. The indictment suggests Sabah was aware that these were prominent members of the terrorist organization.

During their interrogations, Khaled Sabah and his two sons, Muniv and Musab Sabah, residents of Sur Baher, revealed that as part of their activities in the Lejanat Zakat Alkuds Association, which has offices on the Temple Mount, they used the association as a platform for the transfer of funds and support for terrorists’ families, under the guise of supporting orphans. 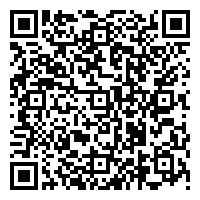