In honor of the 70th anniversary of the founding of the State of Israel, an Israeli flag created by the woman who is often called the “Betsy Ross of Israel” — Rebecca Affachiner — has found a new home at the Ben-Gurion Archives on the Sede Boqer Campus of Ben-Gurion University of the Negev.

Rebecca Affachiner, an early European transplant to the United States, made aliyah to pre-state Israel in the 1930s. But she began her life in Nesvizh, Poland (now Belarus), and then grew up on New York City’s East Side. Affachiner was the first female graduate of New York’s Jewish Theological Center in 1907; she became a teacher, administrator and charity worker, and also lived in Connecticut and Virginia before making aliyah in 1934 at the age of 50. Throughout her life, she was devoted to the welfare of Jews in Israel and worldwide.

In May 1948, when an American consular official urged her to leave Jerusalem immediately due to the expected outbreak of hostilities, Affachiner refused.

“I cannot abandon my sisters and brothers,” she told the Hebrew-language daily newspaper, Ma’ariv, at the time. “I have waited my entire lifetime to see the rebirth of a Jewish state. I do not intend to miss it.”

Affachiner was confined to her apartment on Jabotinsky Street, unable to buy supplies, but she spent her time creating an Israeli flag from her bed sheets. She sewed on a six-pointed star and colored the flag’s stripes with a blue crayon.

Late in the day on May 14, when Affachiner heard David Ben-Gurion proclaim the formation of the new State of Israel, she proudly went out to her balcony, within sight of the Jordanian forces gathered nearby, and hung her flag. She continued to fly the flag every Israel Independence Day until her death in 1966, when she entrusted the flag to her good friend and caregiver, Ezra P. Gorodesky. She made him promise he would take good care of the flag because “it was my personal way of welcoming Israel into existence.”

Gorodesky, who made aliyah from Philadelphia in the early 1960s, is widely known in Israel as an avid collector of books, buttons and photographs, which he has donated to the National Library and Shenker College, among others. He preserved the flag in his small apartment for 50 years.

The long-time collector decided, however, that the 70th anniversary of Israel would be the appropriate time to find a permanent home for the hand-sewn flag and contacted Rabbi David Geffen, who made aliyah from Delaware in the 1970s,asking him for assistance. Geffen contacted Toni Young, a longtime friend and president of AABGU, who agreed the gift was worthy. “I am incredibly honored to be a link in this chain of Americans who created, preserved and understood the value of this flag,” Young said.

Dr. Paula Kabalo, director of the Ben-Gurion Institute, found in the Archives a letter from Prime Minister David Ben-Gurion sent to Rebecca Affachiner, acknowledging her gift to the Israel Defense Fund in 1957. In his letter, Ben-Gurion praised her as an inspiring example of Jewish devotion: “It is this spirit which has enabled us to achieve our independence and this spirit will ensure the success of our future endeavors.”

“Rebecca’s original Israel flag is an excellent addition to the Ben-Gurion Archives,” said Dr. Kabalo. “It will be displayed with Ben-Gurion’s diaries.”

The Ben-Gurion Research Institute for the Study of Israel and Zionism addresses research, documentation, and the study of Israel and Zionism from multidisciplinary perspectives. The Ben-Gurion Archives, which is located there, is the equivalent of a U.S. Presidential Library. Established under the David Ben-Gurion Law in 1976, the Archives have acquired more than five million items that tell the history of Eretz Israel from 1900 to 1973. Frequently visited by researchers and students from all over the world, the Archives are located on the Sede Boqer campus of BGU. 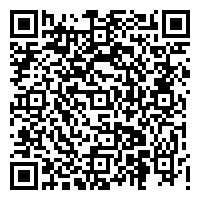