Some very lucky diplomats and/or other notables visiting the official presidential residence in Jerusalem may receive a work of art by an artist whose name will eventually be known around the world.

At the request of President Reuven Rivlin, students at Bezalel Academy of Art and Design Jerusalem have launched a project entitled “Israeli Hope,” creating some uniquely Israeli works of art to be gifted to high-profile world leaders during official presidential visits.


A few months ago, students from Bezalel Academy’s Glass and Ceramics Department visited the President’s Residence to present their original works of art to President Rivlin and his wife, Nechama.

The works of art include:

“Break and Repair” by Lauren Friedberg – Designed as a large jewel based on the different quarters of Jerusalem’s Old City, which represent each of the ancient Abrahamic faiths, connecting and uniting all the disparate parts together as one.

“Seeing the Voices” by Matan Dilde – A glass shofar, decorated with a Hebrew biblical verse from Leviticus about consecrating the Jubilee year with a mighty shofar blast.

“Salt of the Earth” by Sharon Shire – A magnification of a Dead Sea salt crystal produced from blown and polished glass, giving it the appearance of a large diamond.

“Cylinder Seal” by Hannah Hauser – A modernized version of the cylinder seals used in antiquity in Mesopotamia and in Israel, shaped to look like a waving Israeli flag.

The first “Israeli Hope” selection was given to Pope Francis during President Rivlin’s recent visit to The Vatican. Other designs have also been chosen, though their recipients have yet to be determined. 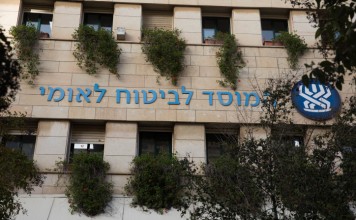 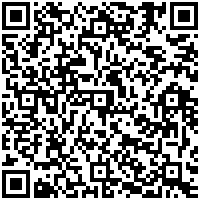