Although the two discussed many subjects, one of the main topics on the agenda was — predictably — Iran. In a joint news conference together with Poroshenko, Netanyahu later said, “No country should stand aside while its destruction is being planned or advanced.”

The two leaders attended the signing – by Israeli Economy and Industry Minister Eli Cohen and Ukrainian Economic Development and Trade Minister Stepan Kubiv – of a bilateral Free Trade Agreement which is due to increase the volume of trade between the two countries.

“This is his third visit to Israel since taking office in 2014, and it’s a testament to the strong relations between Ukraine and Israel,” Netanyahu said of Poroshenko.

“These ties have deep historical and cultural roots. Ukrainian Jews make up a significant portion of the population of Israel. And Ukraine is home to a large Jewish community. I think it’s the fourth largest Jewish community in Europe.

“I appreciate your continued efforts to eliminate hate speech and combat anti-Semitism in Ukraine,” Netanyahu added, speaking directly to Poroshenko.

The prime minister also spoke of the “other ways” the two countries are planning to increase cooperation, in technology, health, aerospace and science, among other fields.

“We are building a more prosperous future for our people. Each of us is doing it on our own, but I think that together, we can do even better. And as we seize the future, we must also work together to advance first innovation, technology, industry – that’s the future – but also to work against the forces that wish to drag us into the past, because we’re a part of the same civilization,” Netanyahu said.

This civilization “values freedom, liberty, and it values peace,” he noted, adding that it’s “under attack today, most notably by the forces of militant Islam. The most potent force of militant Islam is the Iranian regime. It is devouring one nation after the other – Syria, Yemen, Lebanon, Iraq – and it’s killing civilians around the world.

“No country should stand aside while its destruction is being planned or advanced. And Israel exercises its basic right of self-defense and preemptive self-defense, a right that exists for every nation. We will continue to take all the necessary actions to protect our people and defend our borders, and we will continue to respond with force to anyone that tries to harm us.” 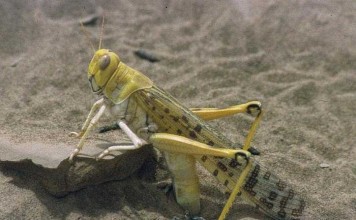 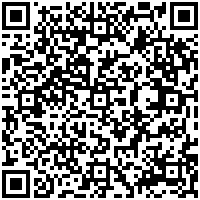