Israel Ganz, deputy head of the Binyamin Regional Council, was questioned for 30 minutes on Sunday by the Ma’aleh Adumim police, after a complaint had been filed against him for breaking open, together with the head of the council, Avi Roeh and other residents from Binyamin, the Eastern Ring Road from Anatot to Jerusalem, Srugim reported.


The road has been fully paved for more than two months, but remained closed to motorists due to the communication difficulties among the various government ministries.

The Eastern Ring Road was designed as part of a plan for roads and urban infrastructure, designed to address the problems of transportation in Jerusalem in the 21st century. The road’s design team was established in 1991 at the initiative of the Jerusalem Municipality.

The road, about 9.5 miles long, crosses Jerusalem from north to south through its eastern neighborhoods.

The road was closed down again a few hours later by police.

Israel Ganz declared his bid for head of the Binyamin Council on May 31. He told Srugim Sunday: “Following the protest this morning I was summoned for clarification. I obey the law and therefore arrived for the clarification which ended after a short while. In any case, I state clearly that we are not deterred, and will continue fighting for the benefit of our residents until the road is opened.”

The purpose of the new road—which is also the reason its opening has been delayed for so long—is to connect all the Arab neighborhoods and villages of eastern Jerusalem to the downtown area, making them part of a cohesive, unified city. 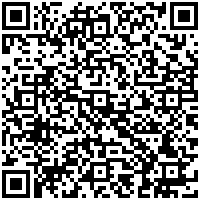