An Arab terrorist wearing a coronavirus mask stabbed a 19-year-old Border Guard Police officer stabbed Monday night near the Lion’s Gate entrance to the Old City of Jerusalem, next to the Temple Mount.

Graphic video from the scene in Jerusalem, attacker shot and wounded after stabbing a Border Police soldier pic.twitter.com/Vi3MeBwK9g


The young police officer was treated for the stab wounds at the scene before he was taken to the nearest Jerusalem hospital.

A woman who was nearby was also slightly injured; she too was taken to a hospital for treatment.

Border Police soldier being treated on the scene. pic.twitter.com/rvTzVj1Xvq

The victim arrived at Hadassah Mount Scopus Medical Center at around 9:30 pm, where he was listed in fair (moderate) and stable condition, according to hospital spokesperson Hadar Elboim. “The patient was stabbed in the chest,” the spokesperson said. “He is fully conscious and is currently undergoing tests and imaging.”

The terrorist was shot and severely wounded by other police officers at the scene. He died of his wounds shortly after. 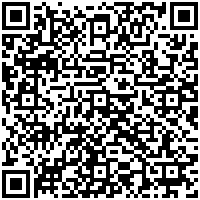