For 20 years Israeli documentary filmmaker Moshe Alpert followed the wildlife around Lake Kinneret, to the point where he became part of the landscape and created his new film “Kinneret – Sea of Life.” The trailer that came out on Monday promises a glimpse into parts of the Sea of Galilee we did not know existed.

The film is accompanied by a specially recorded soundtrack composed by Elai Botner and performed by Yardena Arazi and Adar Gold, with musical production by Uri Ofir.

In the film, Alpert follows a reed kitten (Felis chaus, also called swamp cat) who lost her mother and was left alone. The filming began with the pregnancy of the mother cat, through the moment of birth. The little cat is followed when her mother dies until she becomes an adult cat with her own family and kittens.

Working on the film required closeness to the cats, who are very sensitive to the presence of humans. The director raised them in a special environment he had built trying to simulate the natural living environment by the Kinneret.

Alpert says his goal is “to share his experiences and encounters with the natural world and the amazing creatures that share the land with us.”

After the 1973 Yom Kippur War, Alpert was hired as a photographer for CBS News where he worked until 2000. He documented events around the world, including the Czech revolution, the first Gulf War, and the civil war and Allied invasion of Somalia.

In 1983, Alpert founded Afikim Productions, a company that produces nature films. He has directed and shot close to 30 nature films that have been screened around the world. 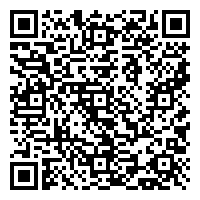