A “green energy” plan for Jerusalem announced by the Jerusalem Municipality and the Energy Ministry involves the use of natural gas as well, according to the Hebrew-language Ynet site.

The plan, announced Sunday, involves an investment of NIS 90 million to develop renewable energy projects in the capital, including NIS 17 million – 20 percent of the budget – to be used for natural gas projects.


Green steps in the plan include infrastructure development to utilize renewable energy, with charging points for electric vehicles.

The joint announcement stated, among other things, that for the first time there will be an energy master plan to initiate a long-term development and planning process to strengthen and improve energy infrastructure, both routine and emergency.

The plan is expected to establish renewable self-generation capabilities for electricity, as well as promote the development of storage capabilities, investment in electricity and natural gas infrastructure, alternative transportation systems and electric charging stations.

The plan also includes city-wide coordination of infrastructure, and is intended to address energy poverty issues by supporting pilot projects that include the development of a network to distribute electricity in cooperation with the Israel Electric Corporation and the Jerusalem Municipality. 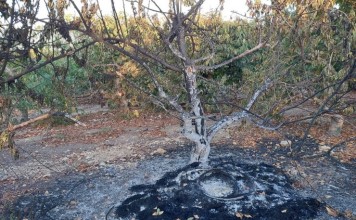