A 14-year-old girl fell into an open narrow pit near Yitzhar in the Shomron on Sunday.

The girl had been reported missing after going out to walk her dog at 3 PM.


At approximately 11 PM rescue teams found her trapped in the underground pit.

The girl was only lightly injured in the fall.

She said that when she first fell in she was yelling, but soon realized no one could hear her. When it began to get dark, she decided that God would watch over her, and that they would find her in the morning, so she went to sleep for a bit. Late at night she heard people walking above and she began to shout until they found her.

A rescue worker, Chanoch Albert, went down into the pit with warm clothing for the girl, and stayed down there with her, until they were able to pull her out. 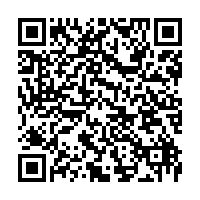