Israeli police came under attack on Tuesday by a Muslim “worshiper” while on the grounds of the Temple Mount in the Old City of Jerusalem, ostensibly to attend prayers at the Al Aqsa Mosque. An Arab attacker hurled a flaming firebomb (Molotov cocktail) at a police station in the compound. One police officer was reported to be suffering from smoke inhalation and the police station was damaged in the attack.


Security personnel identified and arrested the perpetrators, which prompted other Muslim worshipers to break into violent rioting on the site, clashing with police.

In response, police forces closed all entrances to the Temple Mount and evacuated Muslim worshipers from the compound. The Damascus Gate entrance to the Old City of Jerusalem was also closed. Damage was caused to the station, which is situated close to the Dome of the Rock at the center of the compound.

Jerusalem District Police commander Doron Yedid arrived at the scene a short time later and instructed police to close and evacuate the compound, continue the investigation and launch a search for other weapons. Three suspects were transferred to security personnel for further questioning, according to the Israel Police spokesperson.

Tensions between Islamic Waqf officials who maintain the site, Israel and Jordan — which has direct supervision over the Islamic Waqf — have been extremely high following recent violence at the site.

Several months ago Jordan reached out to expand the Waqf supervisory council with seven new members from the PLO, the Palestinian Authority, the Mufti of Jerusalem and a representative of the Turkish government — giving the PLO and Palestinian Authority far more decision-making power in the day-to-day affairs of the Temple Mount than it has ever had, and likely more than they are entitled to. 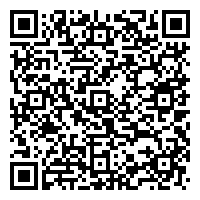