Israel on Thursday published an international tender to design, finance, construct and operate the first waste-to-energy facility in the Jewish State.

The facility, slated to begin operations in six years, is to be built in the recycling park east of Maale Adumim and will serve as the main facility for waste treatment in metro Jerusalem and surrounds.

The energy emerging from the waste will be used to produce electricity in cooperation with international companies leading the waste-to-energy sector, at a total projected cost of NIS 1 billion, Globes business news site reported.

The project is to be the first of a number of similar facilities envisioned as part of the Ministry of Environmental Protection’s strategic plan for 2030 and which will create an environmentally friendly alternative to burying waste in landfills dotting the landscape around Israel. Under the plan, the proportion of waste entering landfills around Israel will drop from 80 percent to 26 percent.

Publications of the tender “signals the beginning of the end of burying waste in Israel,” said Environmental Protection Ministry director-general Guy Samet. 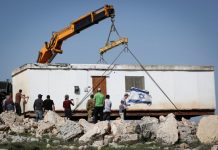 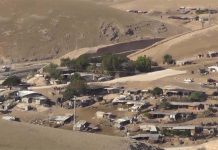