Israelis gathered Sunday evening at the Western Wall to memorialize 26-year-old Eliyahu David Kay, the Western Wall tour guide and former IDF paratrooper who made aliyah from South Africa, and who was murdered in cold blood near the Chain Gate to the Old City of Jerusalem earlier in the day by a Hamas terrorist.

Three more people were wounded in the attack, including one who was seriously hurt.

“We came here today with youth of the Religious Zionist Party and Im Tirzu and other organizations in a very short notice to demonstrate,” Rothman said in a JBN interview.

“We have here a terrible situation when people from the Hamas that are working – actually working – for the municipality of Jerusalem in the school and . . .walks freely and do this kind of terrorist acts needs to be taken care of,” he said.

“The fact that the police and the army focus their attentions on other issues and don’t take care of the . . . terrorism that goes on, on the street, needs to be changed.

“It needs to be changed fast,” he added.

Now in the Old City of East Jerusalem:
Israelis marched to gather at the place where an Israeli was killed earlier Sunday during the shooting attack carried out by Fadi Abu Shekhedem [near Chain Gate]
in the Old City of Jerusalem https://t.co/R6sxFAbTS1

A few hours earlier, Orthodox Jewish boys had gathered at the site of the attack to recite the prayer “Avinu Malkeinu” to memorialize Kay.

The former IDF paratrooper, who was engaged to be married, will be laid to rest on Monday in Modi’in.

May his blood be avenged. 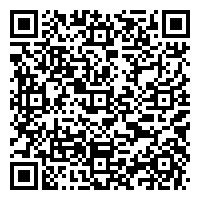