An Israeli security guard manning the Qalandiya crossing into Jerusalem was lightly injured late Tuesday night when an Arab terrorist shot at him.


The terrorist carried out a drive-by shooting, wounding the guard in his hand, and then sped away.

Security camera footage of the attack shows the terrorist arriving at the crossing in a white SUV with Israeli license plates, firing a few shots, and then driving away. The wounded security guard is seen holding his hand while walking away from the scene.

Massive forces launched a manhunt and arrested the terrorist at the Atarot industrial zone shortly after the attack. The car and the Glock handgun the terrorist used in the attack were located near the site of his arrest.

The terrorist was identified as a 36-year-old man from the Arab village of Kafr Aqab, which is situated within Jerusalem’s municipal boundaries.

He is currently in the custody of the Shin Bet security service.

The wounded Israeli was transferred to a hospital for treatment.

The Qalandiya crossing, situated north of Jerusalem, has been the site of multiple terror attack. 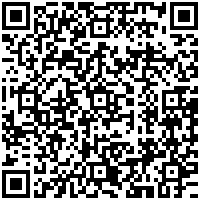