A Jerusalem police officer was wounded Monday afternoon in a terror attack on Rehov Meir Naker near the Arab neighborhood of Jabel Mukaber.

The Arab terrorist was “neutralized” after he was shot while attacking the police officer, and was listed in very serious condition according to medics at the scene, Hatzalah without Borders in Judea and Samaria reported. 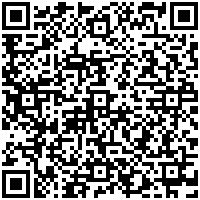