Six-year-old Imri Elya from Kibbutz Nirim outside the Gaza Strip went on an outing with his parents last March, to tour the the Tel Jemmeh archaeological site near Kibbutz Re’im. Suddenly, a small, square clay object 1.1 by 1.1 inch cm caught his eye. The curious boy picked up the object, and discovered two figures engraved on it. Imri’s parents contacted the Israel Antiquities Authority and handed over the item to the National Treasures Department.

After photographing and documenting the artifact in the IAA’s digital photography laboratories, archaeologists realized it was a rare find the likes of which had not been seen in archeological excavations in Israel before.


According to archaeologists Saar Ganor, Itamar Weissbein and Oren Shmueli of the IAA, the artifact was imprinted in a carved pattern, and the artist’s fingerprints survived on the back. The tablet depicts the scene of a man leading a captive. This is an important person, wearing a skirt, holding a captive man whose hands are tied behind his back.

According to the researchers, “the artist who created this tablet appeared to have been influenced by similar representations known in Ancient Near East art. The manner in which the captive is bound has been seen previously in reliefs and artifacts found in Egypt and northern Sinai.”

Although the tablet was not found through an organized archaeological excavation, the researchers estimate, based on parallels to the Egyptian art world and local Canaanite art, that the artifact should be dated to the Late Bronze Age (between the 12th and 15th centuries BCE).

The violence portrayed on the tablet raises interesting questions about its historical background. During this period, the Egyptian Empire ruled Canaan, which was divided into city states ruled by local kings. From letters sent by Canaanite kings of that period to Egypt (the El Amarna letters), it is known that internal struggles and control conflicts existed between Canaanite cities.

In archeological research, Tel Jemmeh is identified with the Canaanite city of Yurza – one of the strongest Canaanite cities in the south of the country. Researchers Ganor, Weissbein and Shmueli from the IAA believe that the scene depicted on the tablet symbolically describes the power struggles between the city of Yurza and one of the cities close to the Tel – possibly Gaza, Ashkelon or Lachish, or the struggle of a nomadic population residing in the Negev. The researchers believe that “the scene depicted on the tablet is taken from descriptions of victory parades; hence the tablet should be identified as a story depicting the ruler’s power over his enemies. This opens a visual window to understanding the struggle for dominance in the south of the country during the Canaanite period.”

According to Pablo Betzer, an IAA archaeologist from the Southern District, “Antiquities are our cultural heritage, and each find adds to the entire puzzle of the story of the Land. There is great importance in turning archaeological findings over to the National Treasures Department to be researched and displayed for the entire public to enjoy. The delivery of the tablet to the Antiquities Authority indicates value education and good citizenship on the part of Imri and his parents. Well done!” 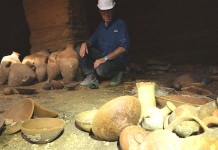 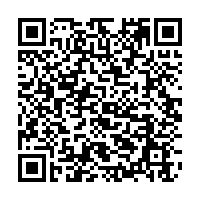