The Jerusalem Police on Thursday issued a rare five-month ban from the Temple Mount compound to an Islamic Waqf guard who praised arch-terrorist Ramadan Shalah over the Waqf’s radio system.

Ramadan Shalah, former leader of the Palestinian Islamic Jihad terrorist group, died this past Saturday after battling a long illness. In 2006, Shalah was placed on the FBI Most Wanted Terrorists list (Ramadan Shalah Who Turned Islamic Jihad into Iran’s Proxy Dies of Stroke).


“On behalf of the Al-Aqsa guards, we mourn the passing of the late great of our nation and of Palestine, Ramadan Shalah,” the Waqf guard said on the group’s radio system.

The Temple Mount, although under Israeli sovereignty, is administered by the Jordanian Islamic charity known as Waqf.

The police were notified by Tom Nisani, head of the Arab Desk at Im Tirtzu and founder of Students for the Temple Mount, who uncovered a video of the incident on the Facebook page of the Hamas-affiliated Shehab News Agency.

Nisani wrote the Jerusalem Police on Sunday that under Article 24 of Israel’s Counter Terrorism Law it is illegal to commit “an act of identification with a terrorist organization, including by publishing words of praise, support or sympathy.”

The Jerusalem Police responded on Monday that they were investigating the matter.

Nisani noted that “while we are pleased that this radical member of the Waqf will not be able to spew his anti-Israel venom on the Temple Mount for the next five months, he should be banned permanently. The time has come for Israel to assert its sovereignty over the Temple Mount once and for all. It’s absurd that the Temple Mount – Judaism’s holiest site – is the only place in the Western world where Jews can’t pray, and where Jewish visitors are at the mercy of the thuggish Waqf.”

In fact, the Bible states that the Temple Mount, the Cave of the Patriarchs in Hebron and Joseph’s Tomb in Shechem have all been purchased by our forefathers, and therefore the gentiles can’t claim that the Jews don’t have the right to possess them – and these three sites have seen the worst clashes over the validity of their Jewish ownership. 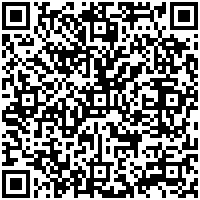