Muslims rioted on the Temple Mount on Sunday morning as Jews visited the Holy compound in honor of Jerusalem Day, celebrating the 52nd anniversary of the liberation of the city during the 1967 Six Day War.

The rioters threw rocks and chairs at Israeli forces, who responded by streaming enforcements into the compound and gaining control of the situation.


Five rioters were arrested and one Waqf guard was reportedly injured.

There are reports that several of the rioters have barricaded themselves inside one of the mosques.

The commander of the Jerusalem district is present to command the forces deployed on the Temple Mount.

The police have estimated that the Muslims will attempt to disturb the Israeli celebrations during Jerusalem Day and have deployed accordingly.

The Jewish visitations to the site are continuing and hundreds have already toured the holy site.

Later in the day, tens of thousands of Israel will participate in the annual March of Flags, a parade celebrating Jerusalem unification which runs through the center of the city and into the Old City. 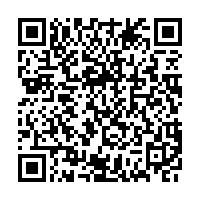