Prime Minister Benjamin Netanyahu on Sunday morning confirmed reports that the evacuation of the illegal Bedouin settlement of Khan al-Ahmar would be postponed following talks with the residents.

According to Netanyahu, the shantytown will be evacuated eventually, but only after a period of time during which there will be an attempt to reach an agreement between the Israeli government and the residents.


Yesterday, Haaretz quoted sources in the Prime Minister’s Office who said “the intent is to try to exhaust the negotiations and the proposals that have been received from various sources, including in recent days,” before a forcible evacuation takes place.

Defense Minister Avigdor Liberman’s office criticized the PM’s decision to freeze the evacuation, saying that “the decision to postpone the evacuation of Khan al-Ahmar was completely contrary to the position of the defense minister and despite his resolute opposition.”

A few days ago, Army Radio reported that Netanyahu had received a message from the residents saying they would be willing to move to the lands of the village of ‘Anata, located 2.5 miles northeast of Jerusalem’s Old City, following which Netanyahu said “the proposal will be examined.”

According to the same report, about 10 days ago, Netanyahu’s office received a statement from the Khan al-Ahmar residents’ attorney, Tawfiq Jubran, confirming that the residents of the outpost agreed to move 500 yards north, to the private lands of ‘Anata. Netanyahu consequently postponed the evacuation.

MK Bezalel Smotrich (Habayit Hayehudi) on Saturday night sent an urgent letter to the members of the coalition, saying it is inconceivable for a rightwing government to support the PM’s self-conflicted moves.

Besides the obvious discrimination in favor of Arab settlers when it comes to High Court of Justice demolition orders (the court has ruled a number of times to raze the illegal shantytown), Smotrich argues that even should the Bedouin move peacefully 500 yards northward, it would still constitute a serious damage to the Israeli interest in the area, by promoting a contiguous Arab settlement from north to south, facilitating the establishment of a Palestinian State and the creation of a barrier between Jerusalem and the Dead Sea.

To remind you, the real battle over Khan al-Ahmar has to do with the fact that it is strategically located between Maale Adumim and Jerusalem, at the narrowest hips of Judea and Samaria. If the illegal settlement is removed, this would facilitate a meeting between Jerusalem’s and Maale Adumim’s urban sprawl, ahead of the declaration of sovereignty in Maale Adumim – effectively cutting off the north and south parts of a future Palestinian State from each other. 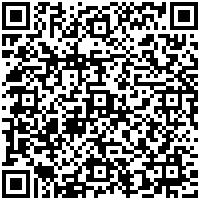