Israel’s National Infrastructure Committee approved on Monday plans to build a $55 million cable-car system to transport visitors in and out of Jerusalem’s Old City.

Advanced by the Tourism Ministry and Jerusalem Development Authority, the nearly mile-long cable-car route will help relieve traffic congestion and increase accessibility to the area of the Holy Basin, which includes Jerusalem’s Old City.

The route would stretch from Jerusalem’s First Station complex to Mount Zion, and then down to the Old City’s Dung Gate, near the entrance to the Western Wall Plaza and the City of David archaeological park.

If approved, the cable car will be able to carry 3,000 passengers per hour in each direction, utilizing 73 carriages.

Some opponents have said that the modern structure would harm the ancient feel of the city. From the religious perspective, the cable car will travel over a Karaite cemetery, which could prove problematic for Cohanim concerned with ritual purity, if a solution isn’t found for them. The Karaite community has already rejected a request for building a covering over the cemetery which would have alleviated that problem. 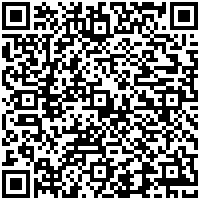