Leaders of Israeli parties across the political spectrum and abroad expressed outrage and grief on Wednesday in response to a deadly set of twin terror attacks that killed a Jewish teenager and wounded dozens of other people in Jerusalem earlier in the day.

In a brief tweeted statement, incoming Prime Minister Benjamin Netanyahu sent his condolences “on behalf of all the citizens of Israel” to the family of the young yeshiva student who was “murdered today in the heinous attack in Jerusalem. May his memory be blessed.”


One Dead, 31 Wounded in Bombings at Two Jerusalem Bus Stops

Netanyahu also spoke with journalists after visiting the wounded at Jerusalem’s Shaare Zedek Medical Center, saying, “We will do everything to restore security to the citizens of Israel as soon as possible.”

Outgoing Prime Minister Yair Lapid spoke with Netanyahu and updated him on the details of security operations taking place in response to the attack, after which Netanyahu thanked Lapid for the security update and said he strengthens the efforts to capture the terrorists.

Lapid subsequently issued a statement sending condolences — and the condolences of the Government of Israel — “to the family of Aryeh Shechopek, of blessed memory. He was a boy who never wronged anyone in the world, and he was murdered simply because he was Jewish. I also wish a speedy and full recovery to the wounded.”

President Isaac Herzog also issued a statement, saying, “The dual attack that happened this morning will not weaken us or undermine our faith in the righteousness of our way, and in our right to live a peaceful and safe life in the Land of Israel and in our country, including in Jerusalem, our Eternal Capital.

“In the face of hateful terrorist elements, and despicable and vile terrorists, we will continue to stand firm and determined and prove that there is no power in the world that will break the cohesive Israeli spirit.

“On behalf of the people of Israel, I share in the pain of the families of the victims, I pray for the safety and healing of the injured, and I strengthen the hands of the security forces whom I trust and am confident that they will act with full force to eradicate terrorism in general and those responsible for today’s terrible attack, in particular.”

Otzma Yehudit party leader Itamar Ben Gvir visited the scene of the first explosion, where he strongly condemned the attack and called on the government to “extract a heavy price from terrorism. We must return to targeted assassinations. We must impose a curfew on the village where the terrorists came from. We must put a stop to the “camps” in the security prisons,” he said

Like Netanyahu, Ben Gvir then visited the wounded in the hospital to wish them speedy recovery and promise that he will “do everything to restore deterrence and security to the streets of Israel.”

Yisrael Beytenu party leader Avigdor Liberman expressed his condolences and said that he “gives strength to the security forces, the police and the IDF and trust them to do their mission to capture the criminal terrorists and those who sent them.

“Terrorism requires us to act with a heavy hand every day of the year,” Liberman added.

Religious Zionism leader Bezalel Smotrich wrote in a tweet that the “hard morning in Jerusalem. . . takes us back to sights the brain remembers but the heart wants to forget – a clear reference to the deadly Second Intifada of the early part of this century.

“At this time, I only ask to send a speedy recovery to the wounded and strength and a big hug to the security forces,” he wrote.

Labor party leader Merav Michaeli also condemned the “dreadful terror attack in our capital,” and promised “security forces will do everything to locate the terrorists and bring them to justice for this despicable attack.”

Praise from Far-Left MK, Terror Organizations – But No Credit
Ofer Cassif, member of the far-left Hadash-Ta’al party, did not condemn the attack, and instead rather laid the blame at the doorstep of the ‘occuptation’.

Cassif wrote in a tweet: “In the framework of fascist deterioration, it is forbidden to talk about the occupation and its victims, and expressing sorry for the death of a Palestinian boy, like a Jewish boy, hurts the ears of the racists in Knesset.

“The occupation is responsible for the killing and the bloodshed of both Palestinians and Israelis, and the pain over the loss of life is shared. We will continue to fight for the end of the occupation and for peace that will stop the bloodshed.”

In response to Cassif’s statement, Rabbi Yitzhak Goldknopf, head of the United Torah Judaism party, issued a statement of his own: “I condemn the words of MK Ofer Cassif, who compared the murdered victim, may his blood be avenged, to terrorists who, in his eyes, are also victims of the occupation,” he said.

“Even if you have a distorted opinion, try not to express it on such a difficult day, when a family in Jerusalem is burying their young son who was unjustly murdered. Your statement reveals an imperviousness to Jewish suffering.”

Although there has been no official claim of responsibility, Gaza’s ruling terrorist organization, Hamas, joined the Iranian-backed Palestinian Islamic Jihad praised the two attacks.

“The Zionist occupation is paying the price today for its crimes and aggression against our people and the Al Aqsa Mosque and we have warned about this repeatedly,” said Hamas spokesperson Abd Latif al-Kanou.

“Our people will not remain silent in the face of this and the Al Aqsa outrage will explode and spread in all regions,” he added.

“The operation in the occupied city of Jerusalem is a natural response to the occupation, its terrorism, and its criminal practices against the defenseless Palestinian people and their holy sites,” PIJ said.

Both terror organizations have active satellites in Judea and Samaria.

Foreign Condemnations, But Where Are the Abraham Accords Nations?
US Ambassador to Israel Tom Nides said in a statement on Twitter, “Appalled by the cowardly terrorist attacks in Jerusalem today that targeted innocent civilians, including children. My heart breaks for the families of those who were harmed.”

The White House subsequently issued a statement as well, saying, “We condemn unequivocally the acts of terror overnight in Jerusalem. The United States has offered all appropriate assistance to the Government of Israel as it investigates the attack and works to being (sic) the perpetrators to justice. We mourn the reported loss of life and wish a speedy recovery to the injured. The United States stands with the Government and people of Israel. As President Biden emphasized during his visit to Israel in July, our commitment to Israel’s security is ironclad and unbreakable.”

European Union Ambassador to Israel said in a tweet that he was “horrified” by the attacks. “I express my deepest condolences to the family of the victims and wish a speedy recovery to all injured. Terror is never justified,” he wrote.

Horrified by the terror attacks in Jerusalem that killed one person and left many people injured, including some in critical and serious conditions. I express my deepest condolences to the family of the victims and wish a speedy recovery to all injured. Terror is never justified.

The World Jewish Congress slammed the attack, calling it “heartbreaking.”

The Turkish Foreign Ministry said in a statement following the attacks, “We condemn this terror attack, which targeted civilians, wish a speedy recovery to the injured and offer our condolences.”

The Embassy of Ukraine in Israel likewise condemned the attacks, saying, “We send our sincere condolences to the families of the victims and wish a full recovery to the injured. Terrorism has no justification. Each person is entitled to peace.”

Both Ukraine and Turkey have consistently voted to support anti-israel resolutions advanced by the Palestinian Authority in the United Nations.

As for the four members of the Abraham Accords “circle of peace” – United Arab Emirates, Bahrain, Morocco and Sudan – not one had issued a statement condemning the attacks as of 2 pm local time, more than six hours after a boy was killed and 20 people were wounded.

One Boy Dead, 20 People Wounded
Sixteen-year-old Aryeh Shechopek, an Israeli Canadian yeshiva student living in the Har Nof neighborhood, died in the first attack, which took place near the central bus station at the entrance to the capital. The second bombing took place at a bus stop in the Ramot neighborhood.

CCTV captured the moment of the explosion that killed an Israeli teenager at the entrance to Jerusalem this morning. pic.twitter.com/zXnN7KiIkf

Shechopek (Schupak) was a student at a yeshiva in Moshav Beit Meir. His funeral was held in the Boston Synagogue of Jerusalem’s Har Nof neighborhood Wednesday afternoon, and he was laid to rest at the nearby Har HaMenuchot Cemetery.

The daughter of Rabbi Uri Pilichowski was among the wounded as well.

Rabbi Uri Pilichowski @RationalSettler is a dear friend and Zionist educator. His daughter was in today’s terror attack in Jerusalem – thank God she escaped with minor injuries. Uri spoke with Israeli journalists from the hospital: pic.twitter.com/X6mWg7iKzM

Both bombs, which detonated within seconds of each other, were filled with nails and bolts to maximize casualties, and were placed in bags left at bus stations in a manner similar to deadly terror attacks in the early 2000s. Both were detonated by remote control at the height of rush hour. Security personnel are treating them as a coordinated double attack. 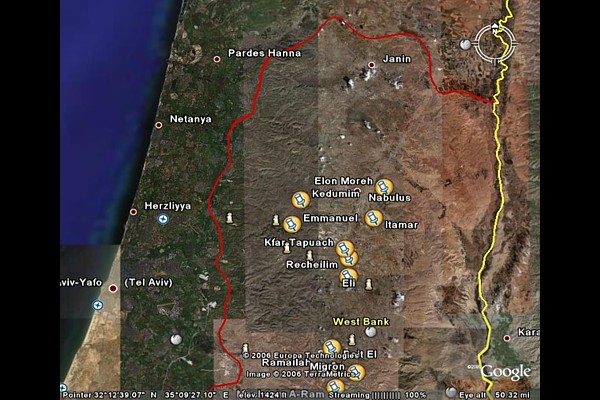 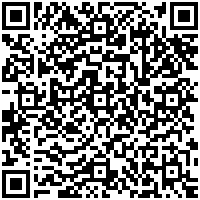