Former President Donald Trump hosted antisemitic rapper Kanye West for dinner this week at his Florida home, Mar-a-Lago, as he begins his campaign for re-election to the White House.

West (who legally changed his name to “Ye”) claimed in a video posted Thursday on Twitter that white nationalist and Holocaust denier Nicholas Fuente, who joined him at Mar-a-Lago, is “actually a loyalist” to the former president.

Fuente, 24, has been banned from numerous major social media platforms because of his inflammatory rhetoric, including claims that the Holocaust never happened.

Him and his followers are scum of the earth and their bad faith, anti-Semitic attacks should be shot down by the entire conservative movement. pic.twitter.com/7wJ9S7Q6zv

West and Fuente were seen together at Miami International Airport prior to the dinner.

On Friday, Trump confirmed on his “Truth Social” platform that the two had dinner with him but denied he invited Fuente.

West also asked Trump to be (West’s) running mate in the 2024 presidential race. The rapper said his request threw Trump off guard.

“I think the thing that Trump was most perturbed about, me asking him to be my vice president. I think that was lower on the list of things that caught him off guard,” he said.

I condemned Barak Obama associating with Louis Farrakhan and Jeremiah Wright. This is no different. Antisemites deserve no quarter among American leaders, right or left.

Commenting in response to reports of the meeting, former US Ambassador to Israel David Friedman, who served under Trump, tweeted in a statement, “To my friend Donald Trump, you are better than this. Even a social visit from an antisemite like Kanye West and human scum like Nick Fuentes is unacceptable. I urge you to throw those bums out, disavow them and relegate them to the dustbin of history where they belong.

“I condemned Barak Obama associating with Louis Farrakhan and Jeremiah Wright,” Friedman added. “This is no different. Antisemites deserve no quarter among American leaders, right or left.” 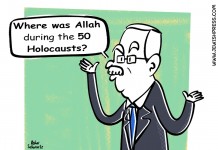 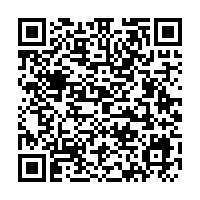