According to a special report issued on Wednesday by Israel’s Central Bureau of Statistics ahead of Jerusalem Day, more than 18,000 residents have left the capital city, compared with about 10,000 who chose to move to the city; only 21% of the city’s youth define themselves as secular, compared with 35% who say they are ultra-Orthodox, 24% traditional, and 19% religious.


Nevertheless, Jerusalem’s population has grown by about 19,900, with births accounting for 16,000, almost half of them Arab, and 4,100 olim. The main centers from which Israelis have moved to Jerusalem were Bnei Brak, Tel Aviv, and Beit Shemesh. Jerusalemeites, for their part, moved to Tel Aviv, Beit Shemesh, and Givat Ze’ev (the latter being on the borderline of the city).

In the school year 2015-16, 75,244 students attended the primary schools in Jerusalem; 49,000 were under ultra-Orthodox supervision, 13,500 under State-Religious supervision, and 12,500 were in the State-Secular education system. Only 34% of 12th graders in the city were eligible for a certificate of matriculation (Bagrut) compared with 64% in the overall Jewish 12th grade students population in Israel. 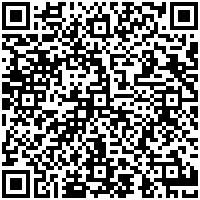