The Jordanian Islamic Waqf Authority in charge of Jerusalem’s Temple Mount compound announced Tuesday the site will reopen to the public after the end of the Islamic holy month of Ramadan, which concludes with the festival of Eid al-Fitr.

The three-day Muslim holiday that completes Ramadan, a month of daytime fasting and evening meals, ends on the evening of Sunday, May 24.


The Temple Mount, one of the holiest sites in the Jewish faith, will reopen just in time for the Jewish holiday of Shavuot, one of the three main festivals in Judaism, also known as the Festival of Weeks and sometimes referred to by Christians as “Pentecost.”

The holiday marks the giving of the Torah to the Jewish People at Mount Sinai and begins this year at sundown on the evening of Thursday, May 28. 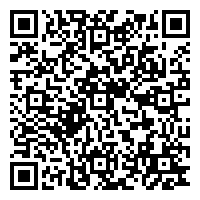