Prime Minister Benjamin Netanyahu on Sunday morning issued a statement saying, “I am deeply saddened by the passing of John McCain, a great American patriot and a great supporter of Israel. I will always treasure the constant friendship he showed to the people of Israel and to me personally. His support for Israel never wavered. It sprang from his belief in democracy and freedom. The State of Israel salutes John McCain.”

Israeli Justice Minister Ayelet Shaked tweeted Sunday morning: “John McCain was one of Israel’s greatest friends. […] He loved his country with all his might and knew the challenges of the State of Israel. Throughout his 36 years in public service in the House of Representatives and the Senate, Israeli governments have always known they have a friend’s name. May his memory be blessed.”

In a speech to the American Israel Public Affairs Committee (AIPAC) on April 23, 2002, John McCain said that “no American leader should be expected to sell a false peace to our ally, consider Israel’s right to self-defense less legitimate than ours, or insist that Israel negotiate a political settlement while terrorism remains the Palestinians’ preferred bargaining tool.”

McCain’s was one of the voices on the right who called for the early release of convicted spy Jonathan Pollard, who served 30 years in prison sentence for passing US secrets to Israel.

While the 2006 Lebanon War was raging, McCain said, “What would we do if somebody came across our borders and killed our soldiers and captured our soldiers? Do you think we would be exercising total restraint?”

During his 2008 presidential campaign, McCain was asked about Zionism and responded: “I’m a student of history and anybody who is familiar with the history of the Jewish people and with the Zionist idea can’t help but admire those who established the Jewish homeland. I think it’s remarkable that Zionism has been in the middle of wars and great trials and it has held fast to the ideals of democracy and social justice and human rights. I think that the State of Israel remains under significant threat from terrorist organizations as well as the continued advocacy of the Iranians to wipe Israel off the map.”

McCain was against the peace negotiations between Israel and Syria, which were to result in Israel giving up the Golan Heights to the Assad regime in exchange for a piece of paper. His 2008 presidential campaign issued a statement to that effect.

McCain did not voice his outright objection to the two-state solution, but in 2008, the McCain campaign issued a statement against the continued peace process between Israel and the PA. 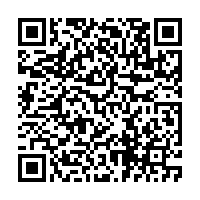