Jordan’s new ambassador to Israel, Ghassan Majali, arrived this week and presented his papers to the Israeli Foreign Minister on Tuesday. Majali previously served as Jordan’s ambassador to Spain.

Israel has already sent Amir Weissbrod as its own replacement ambassador to Jordan.


Weissbrod replaced Ambassador Einat Schlein who was not welcome back into Jordan after an Israeli embassy guard shot and killed a Jordanian terrorist who attacked him inside the Israeli embassy residence, and in the process of defending himself, he accidentally also killed the Jordanian landlord who was also trying to stop the terror attack.

The new ambassador of the Hashemite Kingdom of Jordan HE Ghassan Al Majali at his first meeting at @IsraelMFA with Head of Protocol @AmbMeronReuben and Deputy Director General for Middle East Amb. Haim Regev. Welcome Ambassador and lots of success !!!?? ?? @ForeignMinistry pic.twitter.com/Ob1Z36BeTq 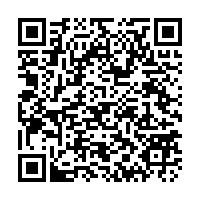