Amir Weissbrod, head of the Middle East division at the Center for Political Research, will be appointed Israel’s ambassador to Jordan, the Foreign Ministry said Thursday. The appointment still requires official government approval. Appointing the new ambassador is part of the reconciliation between Israel and Jordan, putting an end to the crisis that broke out over the summer between the two countries.

Last July, a Jordanian furniture mover attacked one of the Israeli embassy’s security guards in his Amman home, stabbing him from behind with a screwdriver. The security guard, who was lightly injured, shot and killed his assailant, as well as the landlord who was an innocent bystander.

Israel refused to allow the Jordanians to interrogate the security guard, citing the immunity granted foreign diplomats under the Vienna Convention, but the family of the dead attacker demanded that the guard be tried and sentenced to death.

The security guard was returned to Israel, along with the ambassador, Einat Shlain, and the Israeli embassy was shut down. Jordan would not let the Shlain back, insisting the Israel appoint a replacement.

About three months ago, the Shin Bet completed its detailed investigation of the shootings, concluding that the security guard had been attacked twice by the mover, over nationalistic motives, and fired in self defense.

As part of the diplomatic crisis’ resolution, Israel committed to pay financial compensation to the families of the two dead men. 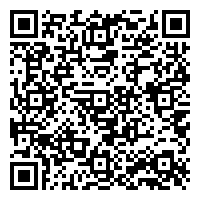