Bigotry is bad – no matter who the victim.

When it comes to racism, America has made it clear that prejudice based on color cannot be tolerated. Roseanne Barr destroyed her career with just one racist twitter and had to be removed from her own show for the transgression of an offensive comment.

Equality is in; demeaning stereotyping is not only out but seemingly bad enough to be deemed unforgivable.

Except when one group is the target.

What normally dare never be said in polite and civilized society appears to be permissible – and sometimes laudable – when directed against no less than half the population, a group which prominent intellectuals, professors and journalists assure us deserve universal condemnation.

Who are these terrible people exempt from the sin of stereotyping?

They are men – those terrible evil representatives of the human race who are all beasts and pigs, rapists in hiding, sexual harassers and violent perverts.

We all know the meaning of the word “racism”, but have you heard the word “misandry”? It refers to the collective hatred of men, the conviction that everyone of male gender deserves to be vilified, ostracized, and even hated. Simply put, their sex condemns them to female damnation.

Do you think I’m exaggerating? Hear the words of some misandry spokeswomen:

“I want to see a man beaten to a bloody pulp with a high-heel shoved in his mouth, like an apple in the mouth of a pig.” Andrea Dworkin

“The more famous and powerful I get the more power I have to hurt men.” Sharon Stone

“The proportion of men must be reduced to and maintained at approximately 10% of the human race.” Sally Miller Gearhart, in The Future – If There Is One – Is Female

“As long as some men use physical force to subjugate females, all men need not. The knowledge that some men do suffices to threaten all women. He can beat or kill the woman he claims to love; he can rape women…he can sexually molest his daughters… THE VAST MAJORITY OF MEN IN THE WORLD DO ONE OR MORE OF THE ABOVE.” Marilyn French (her emphasis)

“I feel that ‘man-hating’ is an honorable and viable political act, that the oppressed have a right to class-hatred against the class that is oppressing them.” – Robin Morgan, Ms. Magazine Editor.

“All sex, even consensual sex between a married couple, is an act of violence perpetrated against a woman.” Catherine MacKinnon

“If life is to survive on this planet, there must be a decontamination of the Earth. I think this will be accompanied by an evolutionary process that will result in a drastic reduction of the population of males.” Mary Daly

These are (and in some cases have been – a few have passed away) successful women whose views are still covered by respectable publications. These are women who have lectured on college campuses across the country. Can you imagine what would happen to men who expressed similar sentiments about the opposite sex? And can you explain what differentiates misandry from the most extreme form of racism?

Jews around the world have begun to once again read the Torah with its remarkable narration of the creation of the world. Crucial to the story is the theme of human equality – equality of all races and equality of both sexes.

The Talmud teaches, “Only one person was originally created for the sake of peace among human beings, so that no man should be able to say to his fellow man, ‘my father is greater than your father.’” And when God took from the dust of the earth to create Adam, He took dust from every corner of the earth, so that all of humanity shares its essence.

Hatred is a horrible transgression. The Torah took note of it at the very beginning. It is time for us to eradicate it in all of its forms. From a biblical perspective there is no room for both racism and misandry. Both of these distortions forget the ultimate truth that all of us share: We are all created in God’s image. 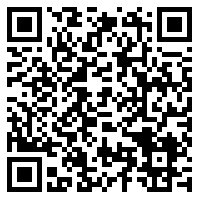