A cryptic statement issued by fast food chain Kentucky Fried Chicken this week has thrilled the Colonel’s fans in the Holy Land. The statement, according to Israel Hayom, went: “We are very optimistic about the Israeli market and we strongly believe in the success of the network here. We are now in the process of planning the re-launch in Israel. We can give further details later.”

So KFC, which to date has failed three times to conquer the Israeli market, is trying again.


The chain, which belongs to the global food group YUM, has already met with a number of potential franchisees and real estate agents in Israel, and has begun negotiations with poultry suppliers. KFC representatives have visited Israel three times in recent months, and last week a team of ten reps landed in the Jewish State.

Back in 2013, the New York Times reported that KFC was being smuggled into Gaza through tunnels, and the smugglers were charging a steep $27 for 12-piece bucket. “It’s our right to enjoy that taste the other people all over the world enjoy,” entrepreneur and smuggler Khalil Efrangi, 31, told the Times. The expensive buckets were being smuggled from the KFC in El Arish, Egypt, across the Gaza Strip border.

Incidentally, we Googled KFC and Israel and discovered there is one franchise operating under Colonel Sanders’ flag – it’s KFC Umm al-Fahm. With 251 online reviews, the restaurant rates 3.9 stars. It closes at 11:30 PM and we doubt it’s kosher.

Reportedly, KFC’s plans are to open 100 branches in Israel within five years after opening the first branch. The company is looking for a top franchisee who would develop the brand in Israel and grant franchises to individual branch owners. If no such uber-franchisee is identified, the company is considering granting regional franchises to several businessmen, who would then sign up their own subordinate franchisees.

Establishing 100 branches in Israel would require very deep pockets for the local concessionaire, who would have to present the company with considerable equity.

KFC was founded by the legendary Colonel Harland Sanders, an entrepreneur who began selling fried chicken from his roadside restaurant in Corbin, Kentucky during the Great Depression. Sanders identified the potential of the restaurant franchising concept, and the first “Kentucky Fried Chicken” franchise opened in Utah in 1952.

KFC popularized chicken in the fast food industry, diversifying the market by challenging the established dominance of the hamburger. By branding himself as “Colonel Sanders,” Harland bought his chain a prominent place in America’s popular culture, but his company’s rapid expansion was too much for the Colonel, who sold it to a group of investors in 1964.

The first KFC in the Middle East opened in Kuwait in 1973, and today there are more than 700 outlets, all halal certified, in the United Arab Emirates, Egypt, Qatar, Bahrain, Oman, Jordan, Lebanon, Morocco, Iraq, and Saudi Arabia. In 2012, KFC opened in Ramallah and later in Hebron, Bethlehem, and Jenin in the Palestinian Authority

The main reason being cited for the chain’s repeated failures in Israel is the difficulty in making the Colonel’s milk-based recipe kosher. The soy-based substitute apparently didn’t quite measure up. But even should the new franchisees abandon the kashrut consideration (which they shouldn’t), they would still have to go around the fact that fowl being slaughtered in Israel is routinely salted as part of the process, to extract the “secondary blood.” That saltiness would also pose difficulties in trying to reproduce the authentic KFC flavor.

But with Israel’s food market being more mature, with larger and popular malls in American-heavy areas such as Ra’anana, Beit Shemesh, Jerusalem, Modi’in and Gush Etzion, KFC may have better luck this time–if they target the right locations. 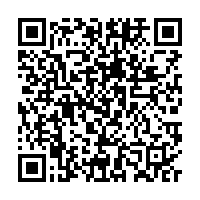