A new bill, drafted by MK Oren Hazan (Likud), encourages minority enlistment in the IDF and national service by granting tax deductions to minority towns with a high enlistment rate.

Crafted by Hazan and the Zionist organization Im Tirtzu, the bill, to be submitted at the start of the Knesset’s winter session, the legislation aims to “encourage different groups in Israeli society to integrate” and “solidify the lifelong pact between the State of Israel and the minorities who are working to build and defend it.”


Towns comprised of majority minorities with an enlistment rate of over 70% on average for three years would fall under the purview of the proposed legislation.

The bill also calls to establish an official day of recognition honoring the minorities who serve in the IDF and national service, which will include discussions in the Knesset and in the education system.

MK Hazan said that “Israel is and will remain a Jewish state, but we cannot forget the minorities who have tied their fates to the state’s.”

“In these days, when the schism in Israel is growing due to a lack of mutual responsibility and understanding,” Hazan added, “I saw fit, together with my friends at Im Tirtzu, to heal the rift by recognizing the contributions of minorities in Israel.”

Matan Peleg, CEO of Im Tirtzu, stated that the legislation aims to “translate the recognition of Israel’s minorities into palpable actions.”

“One cannot survive in the Middle East without properly recognizing our allies who have tied their fates to ours. This needs to occur not only through talk, but through actions as well,” Peleg said. 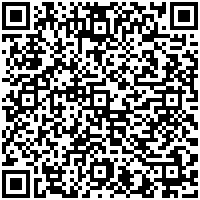