This morning, I took a look at my calendar to discover there are only 23 days until Israel’s national elections (and 30 until the US midterm, which is a different ball of knotted yarn). To mark this day, Ma’ariv and Panels Politics on Friday morning published a poll that points to an already established trend: while Likud is losing a few mandates compared to its standing in the summer, the right-wing bloc as a whole is increasing, and so, Benjamin Netanyahu should be able to forge a coalition government of (at least) 61 Knesset seats.

And if you, like myself, can’t wait to see Itamar Ben Gvir becoming Israel’s next Minister of Internal Security, this is a satisfying poll for us: Religious Zionism, headed by MKs Bezalel Smotrich and Itamar Ben Gvir, scores 14 mandates – 2 more than a national-religious party has ever won in the country’s history.


The survey was conducted on Thursday among 705 online respondents which are part of Panels Politics’ pool and constitute a representative sample of Israel’s voting population aged 18 and up, with a 3.7% sampling error. So, take it for what it’s worth in terms of accuracy, but, as I said, this is at least the second poll in the past week or so showing the right-wing bloc with at least 61 seats.

Let’s go to the numbers:

The poll has another surprise, to the folks who believe Ayelet Shaked deserves a seat at the cabinet table this time around: Habayit Hayehudi headed by Shaked gets 2.4% of the vote, less than 1% shy of the 3.25% threshold. It should be pointed out that Shaked’s unabashed strategy is working, and the closer we get to election day, the better her chances are looking. Should she win 4 seats, she would be in a position to offer Netanyahu the kind of stability that would keep him in power through 2026 and then some, which means Likud might become invested in sending some voters Shaked’s way. Also, it’s just possible that Yesh Atid’s drop from 24 seats to 23 could be nourishing some of Shaked’s success, seeing as she is targeting the “soft right” crowd, the same as Lapid.

Balad, about whose banning the Supreme Court will decide on Sunday, is down in this poll, from 1.6% to 1.2%. If Balad is ousted, this could mean an additional seat for Hadash Ta’al, and the left-wing bloc.

An Israel Hayom poll on Thursday gave the right-wing block only 60 mandates, as follows: 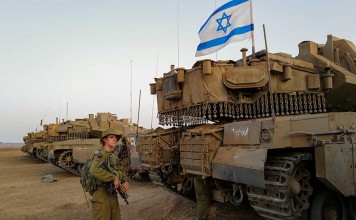 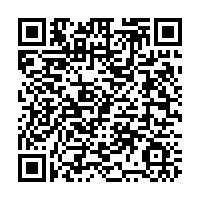