A giant billboard was unveiled this week outside the offices of The New York Times that criticizes the paper, its editors and staff of fomenting anti-Israel sentiment through its news coverage.

At the center of the billboard is an evocative image of a Molotov cocktail whose wick is lit by a flaming New York Times article with the headline: “Israel Bulldozes Democracy.”

Around the incendiary device, which is a favorite weapon of Hamas rioters, it says: “While Hamas firebombs Israel … ‘The New York Times’ inflames with biased coverage.”

Andrea Levin, executive director of CAMERA, which created the massive 35-foot billboard, says that the Molotov cocktail in the advertisement is a symbol with a double meaning.

“One meaning is, obviously, to remind Times’ staff that Hamas is violent—violent against both Israel and its own people,” she says. “The Times absolutely needs this reminder because far too often their reporters ignore Hamas’s violent theocracy in the Gaza Strip.”

Levin points to a New York Times headline, published during the Palestinian riots on the border between Gaza and Israel, which said: “Battle Weary, Hamas Gives Peaceful Protests a Chance.”

“The headline is ludicrous,” says Levin. “Has Hamas traded in its rockets for John Lennon’s anti-war music? Those so-called ‘peaceful’ Hamas protests include rocks, firebombs and explosives hurled at Israelis. Not to mention recent rocket fire into the Tel Aviv area.”

Levin also notes that The New York Times took almost two weeks to report about Hamas’s recent violent crackdown on their own people, which saw 70 Palestinian journalists targeted, according to reports on the ground.

“The crackdown isn’t an aberration,” according to Human Rights Watch, an organization usually known for its anti-Israel focus. Hamas “taunts, threatens, beats and tortures in order to punish critics and, apparently, to deter them from further activism.”

Hamas’s consistent pattern of human-rights abuse has led observers to question why mainstream media outlets like the Times fail to report regularly on Hamas’s oppression of its own citizens.

Levin says the second symbolic meaning of the Molotov cocktail in the ad is that “biased coverage against Israel, while downplaying Hamas’s repressive rule, undermines peace.”

“We will be closer to peace when journalists hold both sides in the Israeli-Hamas conflict to the same moral standard,” she says. “When The New York Times runs interference for Hamas, holding them to a lower moral standard, the paper only abets and inflames their violence. That might well sell some papers, but the Times would, I believe, sell even more papers telling the truth.”

CAMERA has employed billboard campaigns in the past in New York City and across the metropolitan area, informing millions of people about biased coverage in the Times. The organization says that the current billboard is seen by around 100,000 people per day and will run for at least six months.

“Our main hope, though, is that Times staff will see it,” she says, “and do some soul-searching about their bigotry of low expectations in not holding Palestinian rulers to the same standard as they do the Jewish state.” 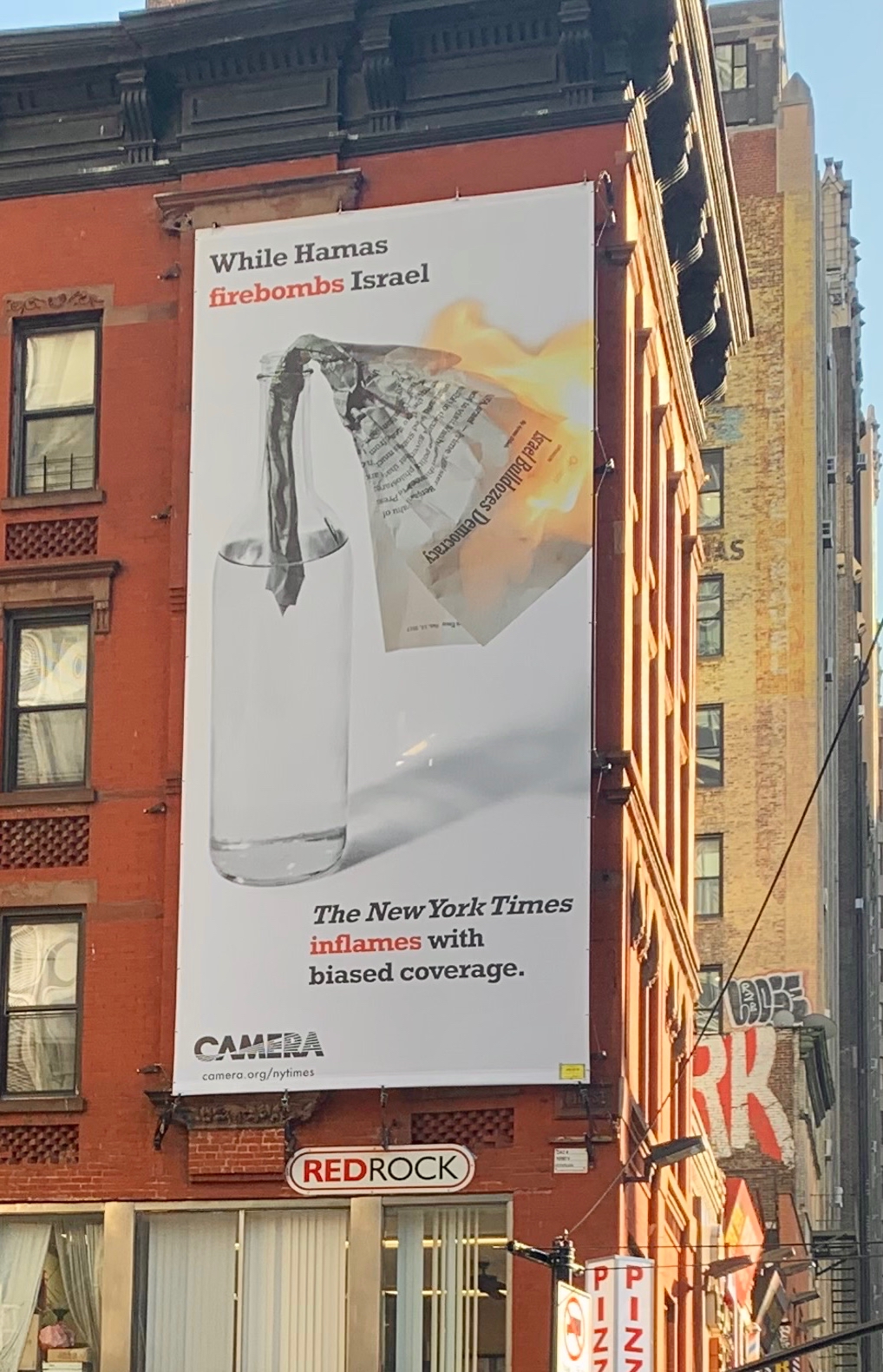 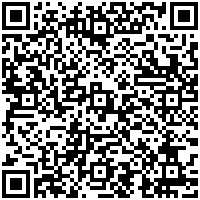